The Guangzhou Metro is one of the largest in China. It currently spans eight lines and 144 stations.

Like in other cities, the best way to travel on the Guangzhou Metro is by purchasing a Lingnan Tong cash card (these are also known as Yang Cheng Tong, or Lingnan-Yang Cheng Tong). Originally, this card was used as a cash card on the Guangzhou Metro, but was later expanded to include the metros in other cities in the Pearl River Delta. Thus, the name change to Lingnan Tong. Whatever you wish to call it, a cash balance can be added to the card, which can then be used to swipe past the entry gates to board the train.

Fares in Guangzhou are determined based on the distance traveled, but do not exceed RMB14 for only the longest journeys. You can purchase single journey tickets at the kiosks or automatic ticket machines at stations, or you may travel using your Lingnan/Yang Cheng Tong.

A full Guangzhou Metro map is available below.  You may click on the map to enlarge it for easier reading. 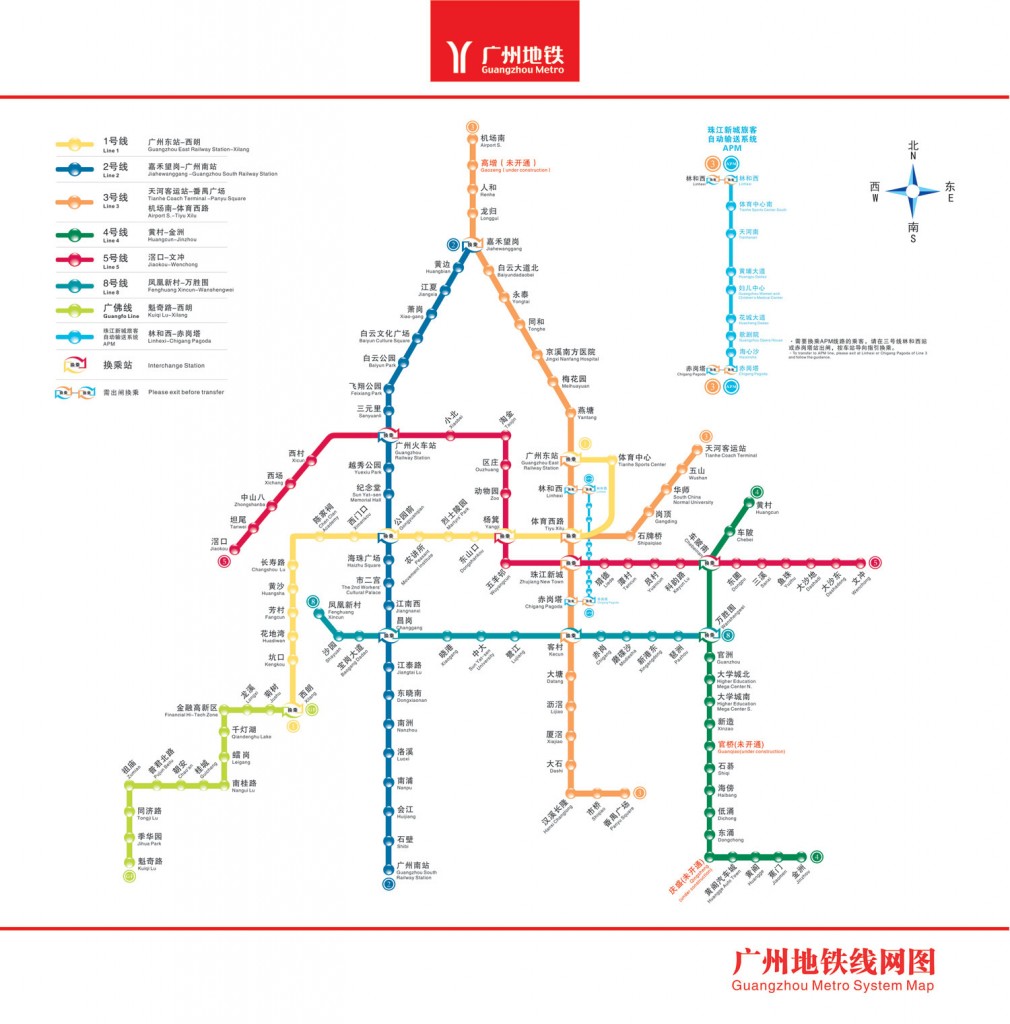