Drones appear in the sky above Dongguan… to deliver packages

The word “drone” usually conjures up images of war, such as remote strikes on terrorist bunkers in Peshawar.  But a Shenzhen company has found a much more novel (and safe) use for remote-controlled aircraft: delivering packages to out-of-the-way locales.

Jeremy Blum in the South China Morning Post reports this morning that SF Express, a delivery company based in Shenzhen, is testing out drones to deliver packages in Dongguan.

The vehicles have eight propellers and have their destination address and flight path set by via a computer. Then the person at mission control can sit back and monitor the drone as it flies up to an altitude of 100 metres to get to the customer.  As you can see from the photos below, the packages are held on a tray underneath the drone. One assumes these things aren’t flying in extreme weather.

While SF Express’ drone project is still in early stages of development without an announced date of completion, the concept of automated machines delivering packages was enough to entice curiosity from several Chinese online readers. Most commentators who read the story on MyDrivers.com commented that the idea was “creative and had potential,” but the drones currently being tested were “too small” and seemed “only capable of delivering one package at a time.”

Those are good points. There’s no way one of these things, as currently constructed, could deliver something like a computer or television. But the technology is promising, and if it works the sky could soon be filled with packages flying hither and yon. 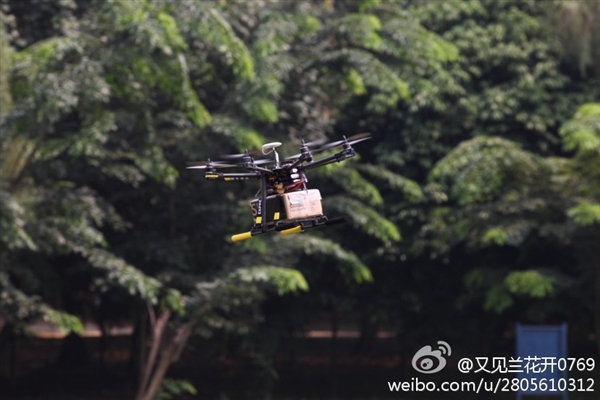 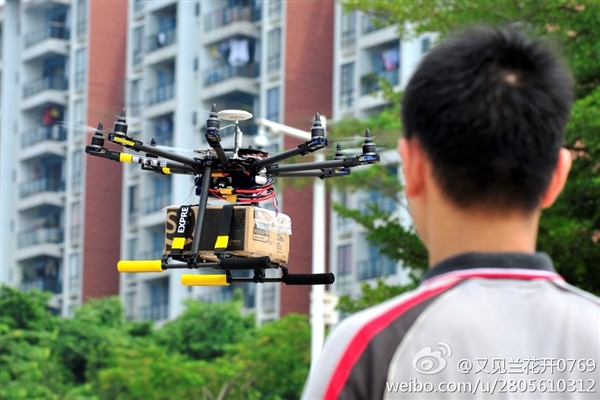