It all started on the morning of Nov. 20, 2006, when Xu Shuolan, a 65-year-old grandmother stepped off a bus in Nanjing and fell to the ground. Just behind her was Peng Yu, a 26-year-old student. While others passed her by, Peng –- a self-described Good Samaritan — rushed to her aid, accompanied her to the hospital and even paid her hospital bill.

In thanks, Xu Shuolin successfully sued Peng for over 45,000 RMB in medical expenses, claiming he had caused the fall and she had broken bones.

Many Chinese blame this case for people’s reluctance to come to the aid of strangers.

The most notorious case of people failing to act altruistically was that of Wang Yue in 2011. The toddler was wandering alone in a Foshan market area when she was run over by two trucks in quick succession and left for dead by 19 passers-by. 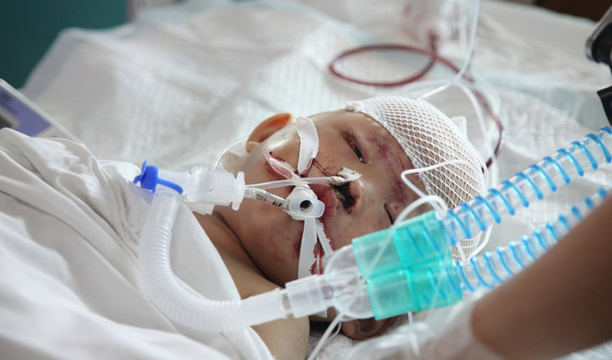 This image of Wang Yue on her deathbed went around the world.

After she died in hospital several days later, many people blamed the judge in the Peng Yu incident, which took place over 1,000 km away, for her death.

Since then, Good Samaritans have been ostentatiously rewarded, and several such cases have involved foreigners putting locals to shame with their altruism.

And on August 1, the Shenzhen People’s Congress will finally implement the nation’s first Good Samaritan law. The Shenzhen Special Economic Zone Good Samaritans’ Right Protection Regulation was quickly nicknamed the “Good Person’s Law” and in 700 characters and 10 bullet points it outlines how altruists will be protected in the city, Xinhua reports.

Included in the regulations is the stipulation that people who receive help should collect evidence to prove that their rescuer had done anything wrong; that Good Samaritans can seek help from legal aid organizations if they face threats of lawsuits; and that Good Samaritans will face no consequences if their attempts to help are unsuccessful.

Netizens have described the regulations as vague and incomplete but its defenders have said this is a huge step in the right direction. It has been a long time coming as the first draft regulations were published in Shenzhen in late 2011.

Oh, and as for the original Peng Yu case in Nanjing in 2006? Bloomberg reported last year that evidence suggesting Peng did cause the accident had been hidden for four years.