Subway-Electric Tram Hybrid, the First Of Its Kind in China, to Open in Foshan 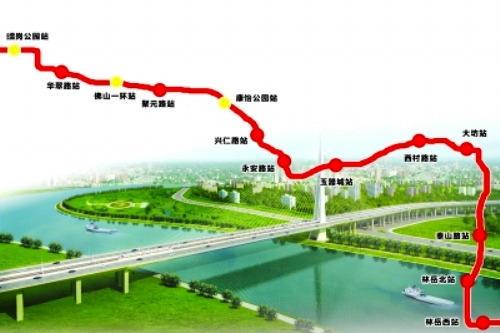 A public transportation line currently being developed in the Nanhai District of Foshan is being touted as the first of its kind in China, reports Nanhai Today.

Construction has begun on five stations of the passenger line described as a cross between a subway and a electric tram with the advantages of both, said a spokesperson for the New Transportation Office.

The planned line will have 13 stops of which four are underground, four are above ground, and five will be elevated stations. As explained by the spokesman, travel on the light railway won’t be affected by surface traffic from either congestion or accidental collisions, leading to loftier ambitions for the line:

Our entire plan is to follow the principles of “using the original route as much as possible, reduce the need to forcibly relocate residents, reduce the need for land space, use land routes where possible, switch to elevated tracks when that is not feasible, and finally resort to underground routes when all other options fail.”

The line will be 13.11 km long, and will have four transfer stations:

The line was first proposed in 2011 and construction began last year, although there have been multiple setbacks. Development has recently been hampered from issues stemming from the forced relocations of the Xiaxi and Pingdong neighborhoods, and from accommodating high-voltage power lines. 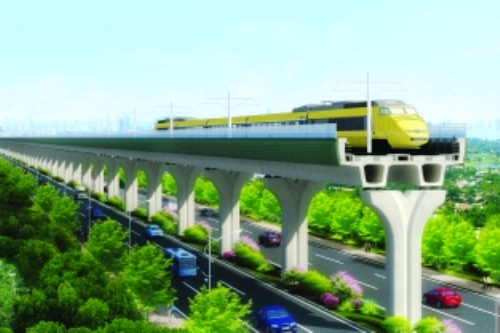