Luxury apartment building collapses while under construction in Shenzhen

A luxury apartment building collapsed while under construction due to a road cave-in in the Shenzhen Bay reclamation area on Saturday Sept. 28, Nandu Daily reports.

Reclamation projects in Shenzhen Bay have long been controversial for environmental reasons, so investigators are now looking at whether the area itself is ecologically unstable. 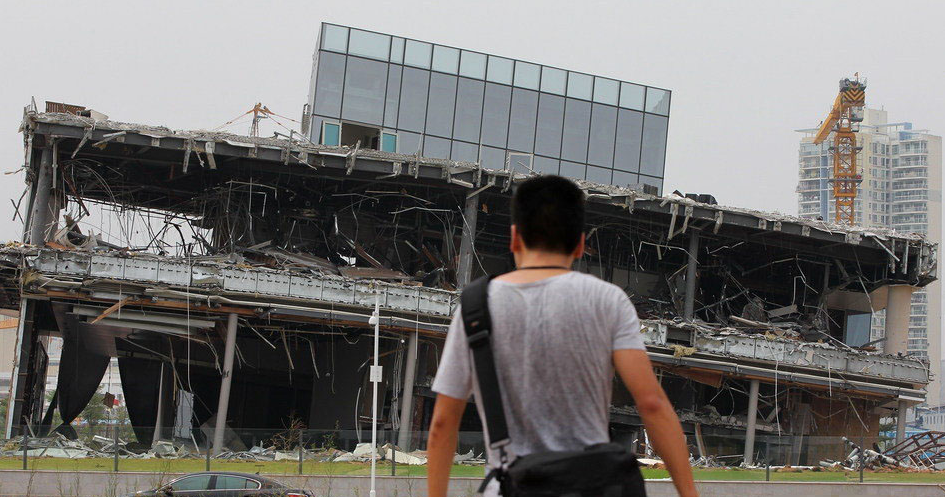 The collapse will be an expensive setback for the project, image courtesy of Southern Metropolis Daily

The construction site, which Parkland company is primarily responsible for, is located in Nanshan District’s Houhai area, near the intersection of Dongbin Road and Keyuan Boulevard. When completed, it will be the most expensive part of all Shenzhen.

Safety is not the only reason why construction in the area is controversial. An op-ed in Shenzhen Daily in Jan 2012 had this to say:

Land reclamation projects in Shenzhen Bay have resulted in sediment rising more than 30 centimeters in 10 years. It has also led to worsening water quality, which explains the stench. The poor water quality in Shenzhen Bay also threatens the Futian Mangrove Nature Reserve. Wang Yongjun, former head of the reserve, said Shenzhen’s remaining 300 hectares of mangrove forest could be destroyed within 60 years if sediment continues to rise at current speed.

Shenzhen has had 37 cave-ins since 2007, claiming eight lives.