Foreigner arrested as death toll from Guangzhou explosion rises to 7

The explosion caused by a truck unloading dangerous goods at a warehouse in Guangzhou’s Baiyun District yesterday has now killed seven and injured 36. The dangerous goods appear to have been illegal caps for toy guns and the Jordanian man who owned them is one of three people to have been detained by police, Southern Metropolis Daily reports. What was left of the truck, image courtesy of Southern Metropolis Daily

The manufacture and distribution of children’s toy guns with explosive caps is illegal in China so the Jordanian man could face jail time.

Fifteen of the injured have already been discharged from hospital. Among the injured were 13 students at a nearby kindergarten who were taking their nap when the explosion occurred, according to Nanfang Daily. 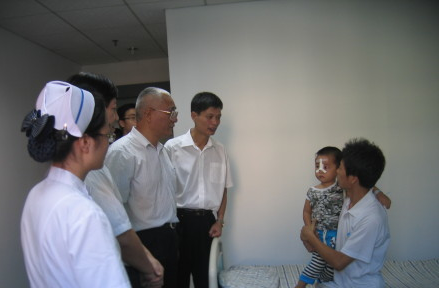 A student from the local kindergarten, image courtesy of Sina Weibo