Shenzhen singer helps the nongmin: she is spending days wiping sweat off labourers

A Shenzhen woman who calls herself Green Yanzi has vowed to wipe the sweat off 10,000 labourers in Shenzhen this summer, according to a video posted online.

The video contains still images of the woman using a napkin to wipe the sweat off road cleaners, construction workers, and white collar workers who appear both moved and bewildered.

A nightclub singer by night, the beauty is determined to give back to some of society’s least heralded, but most essential people, claiming this is part of her bid to mark International Environment Day, which fell on June 5.

She also stated that she wants to set an example to children and other members of the middle class to cherish the workers.

The pictures appear to have been taken in areas ranging from some of Shenzhen’s most developed areas, such as Futian Book City, to construction sites. 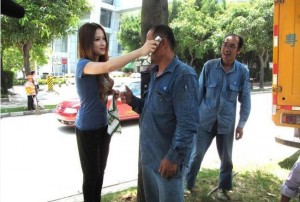 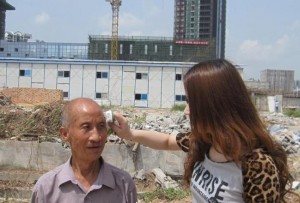 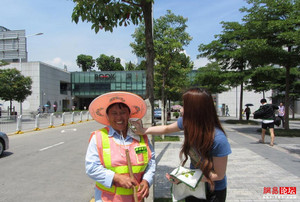