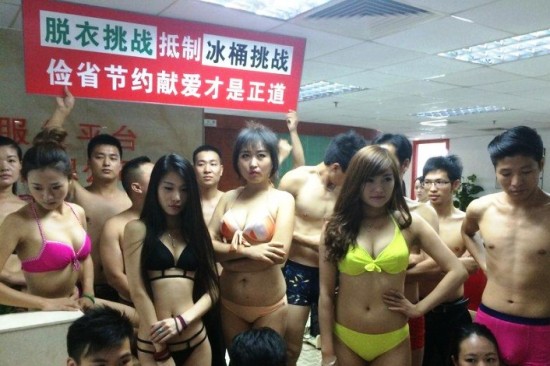 The ALS Ice Bucket Challenge is continuing to fill up everyone’s Facebook feeds these days, but some people in China have already had enough.

A group of young men and women from a Shenzhen-based financial company stripped down to their underwear and bathing suits as a way to protest the ALS Ice Bucket Challenge, something they consider to be a waste of resources. 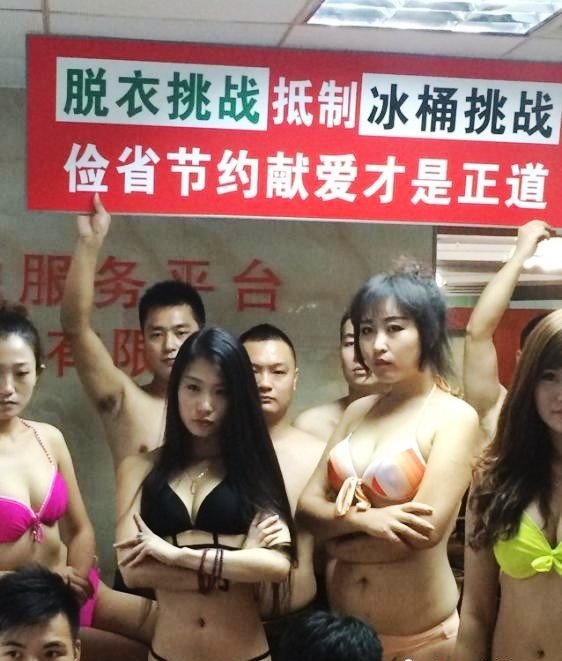 Photographed at the company’s headquarters on August 26, the group is seen with a sign behind them:

Partake in the strip challenge, boycott the ice bucket challenge; conserving and being thrifty is the right way to show your love

ALS, the rare disease known in Chinese as the “gradually getting still syndrome”, is not mentioned in this protest.

While these people are technically still wearing clothes, they are technically as naked as Chinese decorum will allow them to be. We’ll just have to wait to see if the “strip challenge” catches on as the best new way to raise donations and awareness for ALS. 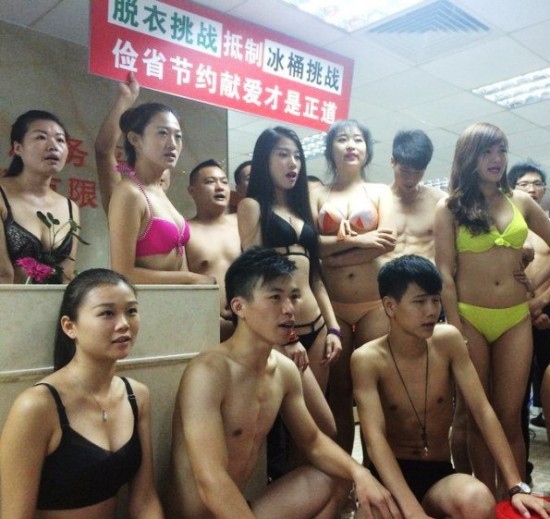 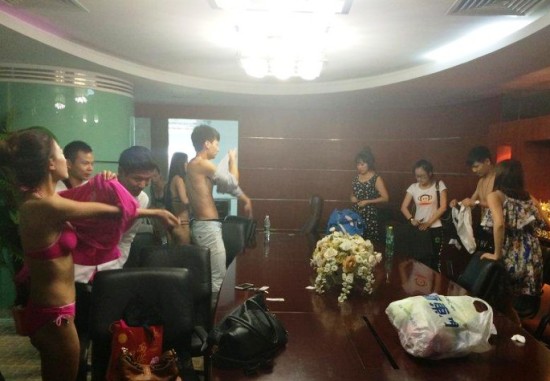 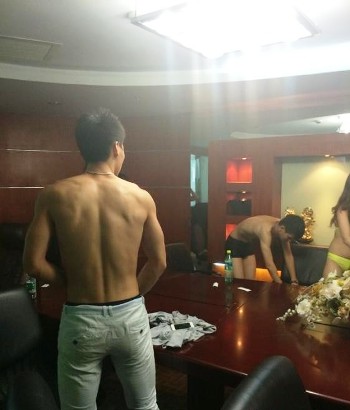