Throw In Some Garlic, and Locusts Are A Hot Meal Ticket in Guangdong 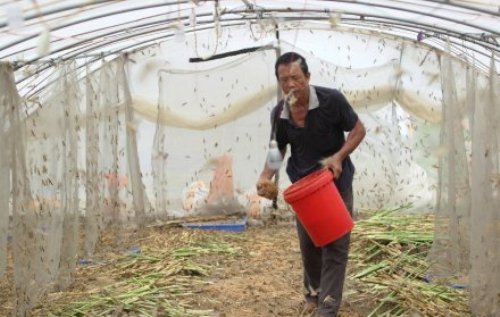 The term “locust” is one of the unfortunate things to emerge from years of strife between Hong Kong and mainland China. It is used by Hong Kongers to describe the hive mentality of mainlanders who consume Hong Kong’s resources – like infant milk powder, medicines, and other goods – without remorse. But while the term has a negative connotation for some, others believe locusts bring many benefits — especially when eaten.

We told you back in April about a Guangzhou farmer named Xie Bozhen who raises locusts for food, and it looks like it’s catching on with others, too.

Like Xie, several farmers in Heshan near Jiangmen, Guangdong, have decided to turn the tables on pestilence and raise the insects on the farms where they had previously been seen as a nuisance.

Li Bo, 60, is one such farmer. Having raised pigs for 30 years, Li made the switch to locusts after discovering they are more cost effective than pigs. Every year, Li raises about a million locusts for consumption, reports Southern Metropolis Daily. 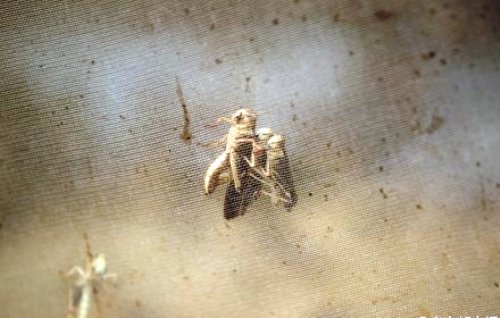 Li is able to raise four to five crops a year in three tents. Each tent can produce 500 kg of locusts annually, in which each kilo is made up of 600 locusts. Annually, he produces about 300,000 of the edible insects.

The harvest, if it can be called that, is sold to Guangzhou businesses for RMB 100-200 per kilogram.

READ: Is the Cantonese Tradition of Eating Bugs Set to
Take Off Around the World?

If you’ve ever wondered what a locust eats when it isn’t decimating the fields of poor farmers, it turns out they enjoy sweet-flavored foods. Their main food is “elephant grass”, but they will eat rye during the winter.

As witnessed by the Southern Metropolis reporter, tens of thousands of locusts took flight and wildly descended upon the oatmeal Li scattered around when he went into feed them. It’s a metaphor that’s been waiting too long to be made. Li Haiwen is the farmer credited with starting the local craze of raising locusts after having gotten the idea by watching TV. Li says locusts are a real treat:

Locusts are insects that are high in protein, and are more nutritious than bee chrysalis. They are eaten by frying, have a fragrant scent, and are delicious.

The Nanfang suggested last year that the Cantonese culinary tradition of eating insects may be catching on, and it looks like Li and his fellow locust farmers have found their market. If you’re still not convinced why you shouldn’t be eating insects, here’s a recent instructional video from AsapScience:

Now that you’ve been properly overwhelmed with science, here’s how to prepare an adult locust for dinner: 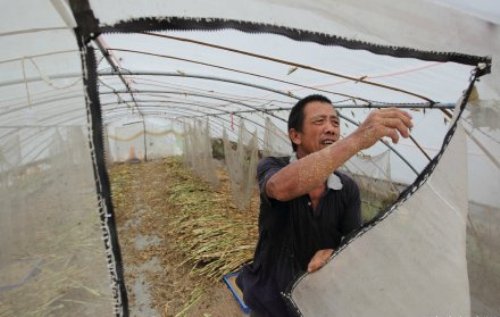