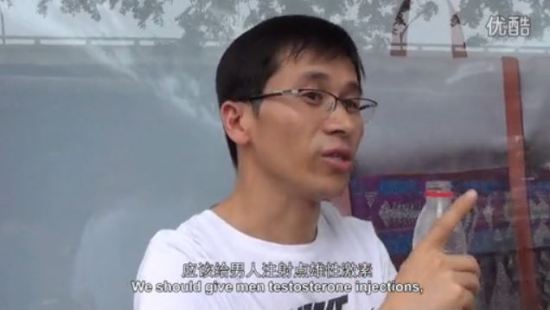 Beijing is the capital of China, a historic city that that residents claim is the cradle of Chinese civilization. But with so much history, perhaps it takes cities like Beijing even longer liberalize and embrace new ways of living.

That is one theory, anyway, for why some views expressed in this video might seem harsh. Beijing LGBT in Asia, a lobby group, hit the streets to ask Beijingers a series of questions related to their thoughts on lesbian, gay, bisexual and transgendered people. While a few people expressed openness towards the LGBT community, others were much less so. Take a look, and let us know what you think.

Think Smog in Beijing is New? Report Claims It’s Been Around Since Ancient Times