Call it what you like, Shooters is evolving into a tasty spot for bite 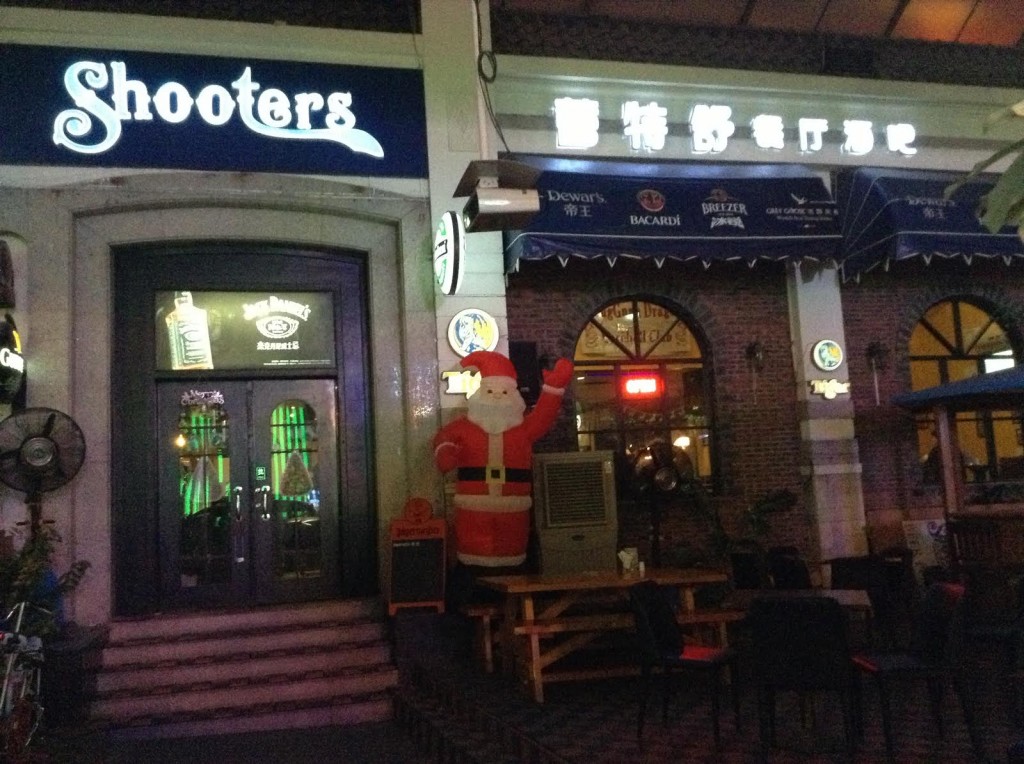 Behind the bar at Shooters there is a sign that says Thirsty Dog Bar & Grill; a reminder that the bar has changed names and hands a number of times with the last occasion being as recently as earlier this year.

However, despite renovation to the upstairs and outside seating area, the bar still feels much the same as it did before. Not that you would necessarily want to change the bar. It already has one of the best pool tables in town as well as bar stools that are far too comfortable when you only intend to stay for one drink.

When you do have a drink and eat a meal you start to notice some changes. The manager has worked as a chef all over the world for the past fifteen years and that reflects in the food. I had a juicy and delicious Philly Cheese Steak that was almost too big to handle. The Chicken Parmesan is a favourite of mine and the Tex-Mex range is generally good.

However, it is in the selection of beers that the changes are more noticeable. I was intrigued to find Adnams American Innovation IPA on draft; an English brewery I knew well, but a beer I had never heard of. At 55RMB a pint it is not cheap but if you are looking for something with a bit more flavour than lager than it is definitely worth the extra money.

The manager seems passionate about introducing new beers. He recently added a wheat beer called Castle Wenlock and they also have a German craft beer called Handwerk All Day IPA.

The service was good too. When I arrived with my friend it was busy and we struggled to find somewhere to sit. The manager gave up his seat for us and was quick to bring in more tables from outside to seat other customers. He also made sure the staff was attentive; orders were taken fast and plates were cleared away promptly.

The new manager has not revolutionized Shooters, but if you look closely there are signs of a gradual evolution, which over time, could see the bar turn into something special.

For an address and other information about Shooters, please visit here.