A police raid upon several Shenzhen establishments has resulted in the arrest of 69 people in various prostitution-related crimes, reports People’s Daily Online.

After receiving complaints from local residents, several Longhua District brothels masquerading as foot massage treatment centers, leisure clubs, or night clubs were raided by Shenzhen police during the early morning hours of May 19. There were so many people arrested they filled a basketball court.

Many of these sex workers are described as originally coming from Dongguan. They apparently went to nearby Shenzhen when a well-publicized prostitution crackdown occurred back in February. Police say the first half of this year has seen a continuous flow of sex workers from Dongguan entering Shenzhen. 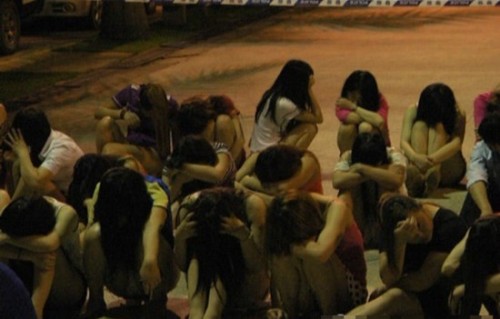