Shenzhen seems to be changing faster than every before, with a whole slew of new restaurant openings. Amid the change, many have also decided to pack it in.

One of the openings is a new International Tapas restaurant in Shekou, located in the Rose Garden Phase II next to The Snakepit, called Fresco. It is currently in its soft launch so is only open for dinner. The menu there isn’t extensive yet, but they have a very good foundation and are looking to be a part of the community, so give them some support if you can.

Chez Clement French Bakery has closed its Rose Garden Phase II location but still remains actively baking in it’s other Peninsula location. And if you eat too many baked goods, you might like to know Fusion Fitness Shekou near Dongjiaotou will be moving in the near future to a location just up the street across from Atmosphere. More news as it comes available.

Boogers, also on the Rose Garden strip, has closed down after many years serving the area.

Aulon Wine Bar and restaurant is almost done undergoing renovations and re-branding. It will soon be known as Volfoni Italian restaurant, named after a famous Italian mobster.

A new entry to the Rose Garden strip is Bi Won Korean BBQ. Small but very nice little place. Plans are in motion to offer an all you can eat and drink Korean BBQ buffet. I eagerly await that news.

Les Duos is a new French Restaurant opening in OCT Bay. They are currently looking to fill many positions. Check out the classifieds section of TheNanfang.com.

Help us inform the people of Shenzhen about what’s new, what’s closed, or what’s moved. If you’ve noticed a new opening, closing, or relocation let us know about it. E-mail [email protected]

McCawley’s owned The Butcher Shop has opened in Coco Park across from Little India. It offers sliced deli meats, like roast beef and pastrami, pre-sliced and vacuum sealed, as well as imported cheeses like gouda and English cheddar.  They also have a variety of sausages and cuts of chilled beef and pork available.  This outlet has been open since July 2. The popular Shekou based pizzeria, Kiwi Pizza, is branching out to Futian and taking over the location of the recently closed down Subway sandwich shop nearby Little India and The Butcher Shop. 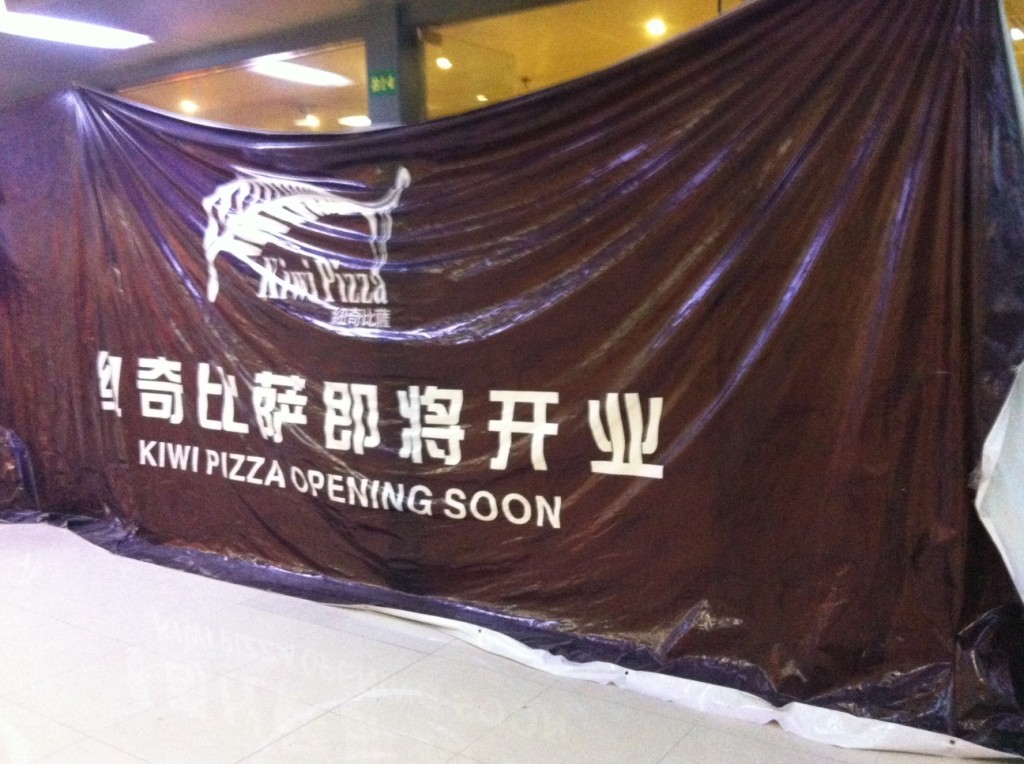 Kiwi pizza is well known for making great pizza with 100% New Zealand ingredients. It’s still under construction, but a quick peak behind the coming soon banner shows it almost ready. Looking forward to it. 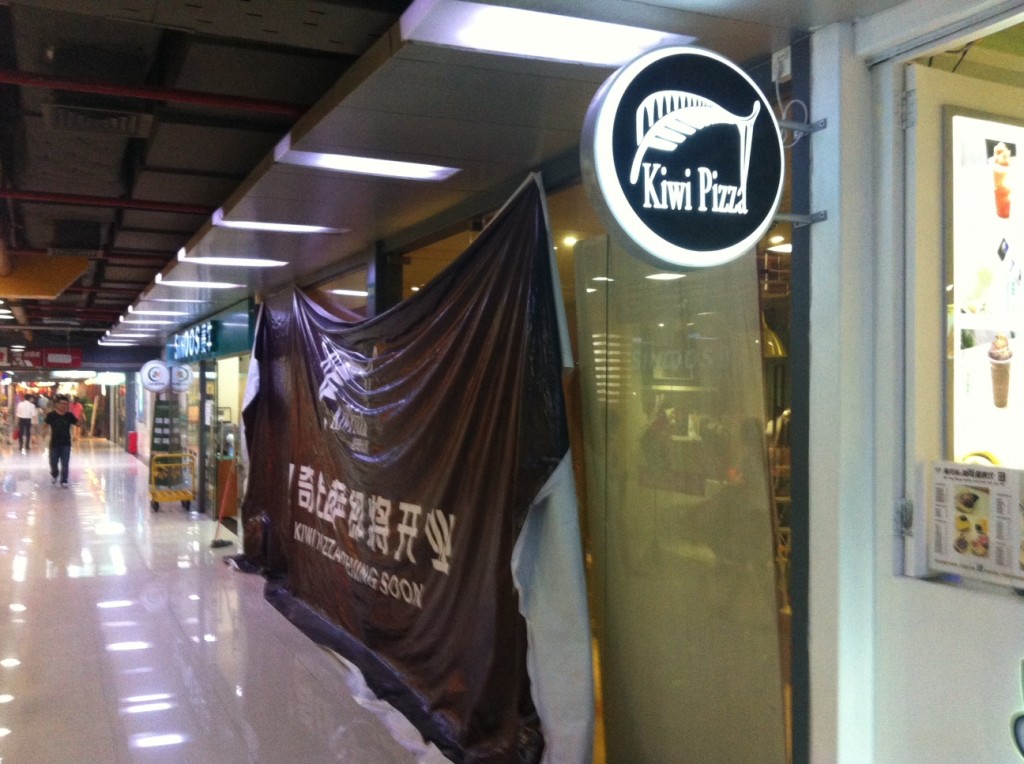 Small Mediteranean Tapas bar Mediterraneo is now closed. Located across from the future location of Kiwi Pizza. Signs are posted up on the walls and equipment as being for sale.

Help us inform the people of Shenzhen about what’s new or what’s closed. If you’ve noticed a new opening or closing, let us know about it. E-mail [email protected]

Watch: A robot now serving up food and drinks at a Guangzhou restaurant

A restaurant which has been opened in Guangzhou by a university graduate boasts a robot for a waiter, Guangdong Morning reported today. 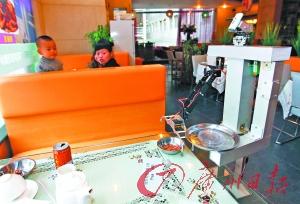 Here’s the robot at work

Liu Xiwang, 27, who graduated just over two years ago, took a year after graduating to invent the robot. As well as being able to serve food, the robot can say simple phrases such as “Enjoy your meal.” Its voice has been described as “alluring” and “effeminate” by customers.

Located on Guangzhou Boulevard in Baiyun District, Impressions Robot Restaurant has already proved a hit with young people. Some children have even been known to grope the robot because they don’t want it to leave.

The 1.3 metre tall, 20 kg robot, has software with which to remember table numbers and has a camera for a head. It can use the camera to take photographs of guests. It uses its right hand to collect used dishes and its left hand to serve. It cost Liu around 50,000 yuan to make the first robot.

“It takes five minutes after ordering to bring a meal to customers. But after delivering five meals, the robot needs to be recharged,” Liu told Guangzhou News.

When it needs recharging, the robot returns to the kitchen and says “I am out of electricity.” It takes around 30 minutes to recharge.

On the restaurant’s first day of business in December last year, Liu got up at 5 a.m. because he was too nervous to sleep. The first day turned out to be a huge success and the robot did not let him down.

However, Liu is first to admit that his robot is far from perfect and is prone to malfunctioning. If the restaurant continues to see its business expand, the robot won’t be good enough to meet demand.

Liu is working on a second, more refined robot, and says it will be good to go within three months.

You knew it was only a matter of time before the wildly-popular iPad was deployed in restaurants. While some restaurants in places like Australia are using the iPad as a menu, one Guangzhou restaurant has gone one step further and uses it to accept and place orders.

The details from the well-done China blog Chinahush:

Wang Hong, the manager of the restaurant said that they can cut some waiters by using iPad to order food, “iPad helps us lower the costs, make the ordering convenient and bring fashion to the restaurant.” said Wang. According to him, there are already 25 iPad in use, costing nearly 100,000 RMB. After the May Day Festival this year, each table will have one iPad.

As to the heated discussion on internet, Wang feels that some people only see the surface. “We don’t want to make it big news, but simply a basic tool in the restaurant.” said Wang. He explained that their target customers are mainly young people and they want to attract them by installing iPad since many young people are interested in electronic products nowadays. “But the quality of the food is our first concern.” said Wang.

It is also said that some luxury restaurant in Hangzhou, Beijing and Kunming are already installing electronic ordering system on iPad. But using iPad not only requires computers with local area network, but also needs anti-theft system, which can cost tens of thousands money. People worried that if restaurants have to spend so much money, will they transfer the cost to the food price? Wang said that they won’t do it,” but the price level is different in different places, I can only make sure that our price is fair in Guangzhou.”

While waiting for food, the iPads are loaded up with games, providing yet another reason not to talk to the person you are dining with. The catch here is the name of the restaurant… ChinaHush doesn’t mention it, nor do many other news articles on the subject. All we know is it’s in Guangzhou in Heng Bao Plaza. So if you want the novelty of ordering your food from an iPad, pop over there and look for the crowds.

Many Guangzhou expatriates may already be aware that the familiar face of Daniel Rebecca, of “Danny’s Bagel” fame, passed away last weekend, March 26 2011.

I had never met Danny in the flesh, but he provided his input on the development of this website and I regularly chatted with him on both Facebook and Twitter. I also never visited his restaurant, but was (and still am) very familiar with the menu; I ordered from it all the time when I lived in Guangzhou in 2006 and 2007.

Danny had lived in Guangzhou since 1994, making him one of the city’s longest-term expats and known to many foreigners who live there now or passed through over the years. His restaurant was, and is, a landmark for hungry laowai looking for down-home American cooking. But more than that, as many comments online can attest, he was a connector; a warm man who made people feel welcome. (That he was a great NHL hockey fan does not escape me either, even if it was the New Jersey Devils he adored.)

He will be missed.

(Photos are from the Facebook page of Lonnie Hodge).