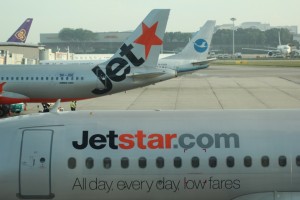 Australian airline Jetstar will become a regular fixture on the tarmac at Hong Kong International Airport (HKIA) as their new low-cost airline takes off from next year.

Following the demise of HK-based Oasis Airlines in 2008, Chek Lap Kok has been left without a permanent low-cost carrier, although it is still served by numerous low-fare airlines.

Jetstar Hong Kong is pledging to slash fares by 50 per cent compared to premium airlines. It will also go head-to-head against Cathay Pacific’s regional Dragonair brand and Hong Kong Airlines.

The move provides more choice and competition for travellers and it enables the Jetstar brand to link up passengers to more destinations in more countries through several Asian and Australian hubs.

The move into Hong Kong comes hot off the heels of a new Jetstar Japan airline.

Jetstar Group chief executive Bruce Buchanan said: “This is a unique opportunity for Jetstar to capitalise on the enormous potential of the Greater Chinese market.”