In what may prove to be a landmark ruling, the Haidian District People’s Court in Beijing ruled that homosexuality is not an illness, and the Xinyupiaoxiang Clinic must reimburse 31-year-old Xiaozhen (a pseudonym) for “conversion therapy” totaling RMB 3,500 (US$563).

Homosexual conversion therapy is a process that uses hypnosis and electric shock therapy to “re-train” the sexual impulses of gay men to be heterosexual. The therapy is popular with traditional Chinese families that want to maintain a sense of family honour.

Hu Zhijun, executive director of PFLAG China, said the ruling will raise awareness and sensitivity toward gay rights. Hu admitted that, although homosexual conversion therapy will continue to be popular, the verdict marks a shift in the public’s perception towards gays and lesbians, saying, “It can serve as a powerful reference for gay children feeling pressure from their families to undergo such therapy.” 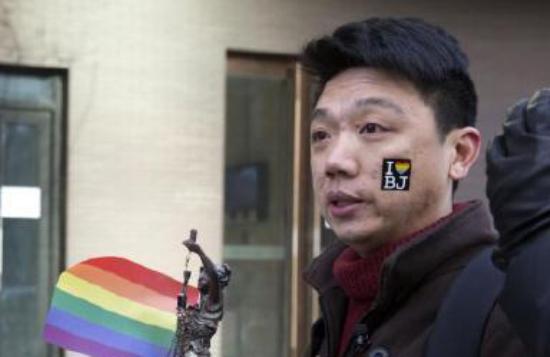 In February, Xiaozhen underwent therapy at the insistence of his family in order to prove that homosexual conversion was not effective. Xiaozhen was hypnotized for 20 minutes while being told of the immorality of homosexuality. Then, he was instructed to think homosexual thoughts for which he was shocked with electricity.

Xiaozhen was particularly critical of the treatment because clinics that offered the service had no clear standard to define a “successful conversion”. Xiaozhen said he knows many gays that underwent the therapy who willingly acknowledged having been converted because they were unable to bear the pain from the electric shocks. 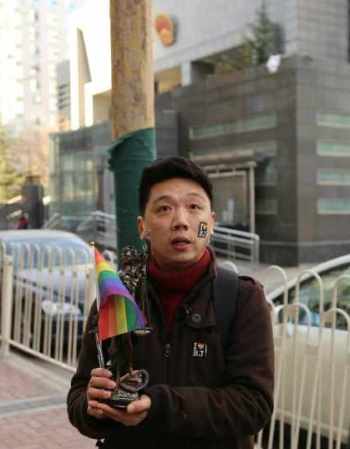 Despite the national significance of the ruling, Xiaozhen said in an interview that his decision to sue the clinic was a personal one:

Since there are many of these psychological consultancies all around the country, I feel like I had to stop them. We’ve tried going to the Commerce department and the Health department to file a complaint, but to no use; they’ve both said that they’re not responsible in this matter. Therefore, I’ve decided to take them to court, otherwise, what else is there to do?

And when confronted with accusations that homosexual special interest groups were attracting too much attention by constantly complaining, Xiaozhen explained the life of a gay man in China:

The problem is that there’s no way to let us quietly be “beautiful men” because the entire system isn’t fair. There’s no way to live your own life. And as we can’t get married, we have to say something about that as well.
That’s why this (court verdict) serves as a learning device: to let everyone know. There are a lot of people that don’t intentionally try to discriminate against you, but only do so because they do it subconsciously without knowing.