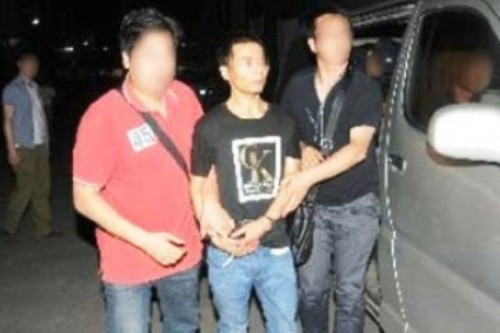 More details are being released in the April 28 murders in Panyu, Guangdong in which a family of six spanning three generations were murdered in a botched early morning home invasion robbery.

A 29 year-old divorced Henan man surnamed Su was caught on May 3 and confessed he had staged the burglary at the Song family residence in order help pay for his addiction to an online video game.

With the arrest of the suspect approved on May 13, explanations to how Su was able to murder the six victims by himself are now being reported.

Though Su has no prior criminal record and is said to never have committed a crime before, the suspect had the forethought to bring three weapons along with him on this burglary in which he would be stealing things to take back with him: two knives and a hammer.

The Song family comprises of six members: Mr Song, his wife, his grandfather and his grandmother, and his two children, a five year-old girl and a two year-old boy. The Songs live on the top floor of an apartment building in Dashijie, Panyu. 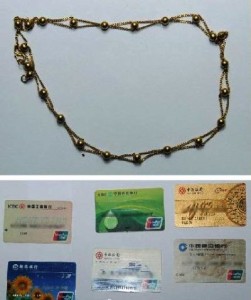 With the use of a safety rope at 3 am on April 28, Su was able to access entry to the victims’ residence through an unlocked window that he somehow knew was open before he got there. Upon entering the residence, Su found that he was in the guest bedroom where he discovered grandfather Song sleeping. Su then took out his hammer to knock out the sleeping man, but upon doing so, instead woke him up.

A fight broke out between the two men, and other family members came running to confront the intruder. However, all four adults were incapacitated by this one man.

As police explain, the suspect was able to dispatch the adult victims because of the large size of the Song household (100 sqm), and that they were equally spread out in separate bedrooms in pairs. But as the report details, each of the four adults came running as fast as they could upon hearing the disturbance of the fight.

READ: Guangdong Teen Murders Aunt Because She Criticized Him
for Playing Video Games

With the four adults taken care of, the suspect Su went to clean himself in the bathroom. It was at that time he heard the crying of the two Song children, and so decided to kill them as well.

Su remained at the crime scene for an additional 17 hours and only left at 8pm the next night. Police say Su did this in order to destroy evidence of the crimes.

For everything that Su had allegedly done, his earnings from this crime spree consist of 6,000 yuan, a gold bracelet, and the victims’ bank account cards.

Su wanted to use the proceeds of this crime to raise the stats of his equipment in an unnamed competitive online video game.

Foreigner Stabbed to Death Outside a Nightclub in Fujian