Dongguan’s Shipai Town has been voted “The Most Beautiful Small Town in China” in the second annual edition of the award, Nanfang Daily reports.

The selection process began in June last year and over 20 million netizens voted. There were also field interviews and expert assessments before the competition was whittled down to 10. 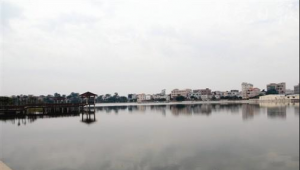 As well as its natural scenery, Shipai was recognised for its organic development in recent years. This includes work on the town square, work on the area surrounding Xiaoban and Haizi lakes, and the commercial district on Shixing Road and Taihe Road.

At the ceremony, the Cultural Heritage Foundation Culture and Arts Committee Director Xu Hongen attributed the town’s success to its embracing of reform and opening up policies. Mayor Deng Hui stressed the importance of ecological development going forward.