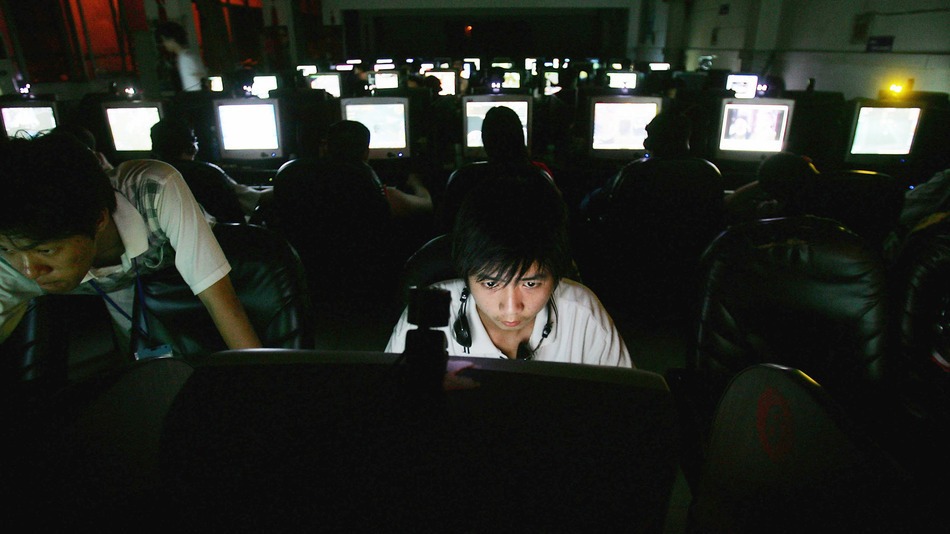 Users at an internet cafe in China.

China’s biggest web company, Tencent, and one of its biggest video-streaming websites, Sohu, were each fined RMB 50,000 by the National Office of Anti-Pornography and Anti-Illegal Publication for disseminating pornographic material, China News reported.

The online content watchdog, under the leadership of the Central Leading Group for Propaganda and Ideological Work, posted a list of 14 cases involving organizations and individuals accused of spreading pornography online via WeChat.

During an inspection in late August, the Beijing Law Enforcement Department found Sohu had disseminated obscene online games and reading materials. The obscene content included a number of lewd video games with titles such as Virtual Teenage Girl Strategy 3.

Tencent was blamed by the office because WeChat and Tencent Weibo, two apps run by the company, were found to have provided platforms for spreading the pornographic materials. A Beijing tech company and several individual suspects from Guangdong, Beijing, Shanghai, Jiangsu and Zhejiang were also being investigated, according to the report.

Earlier in May, Qvod, one of the country’s most popular online video-streaming and downloading websites, was fined RMB 260 million ($42.3 million) for sharing pornographic materials and violating copyright infringement.

The series of fines given out by the office show renewed efforts to “sweep out yellow and strike out illegals”, referring to an anti-pornography and anti-illegal publication campaign.