China Southern Airlines is axing 22 Japanese flights and scaling back capacity on other routes in and out of the country during the winter months, a move largely seen as a result of reduced demand for flights to Japan amid the Diaoyu/Senkaku Islands dispute. 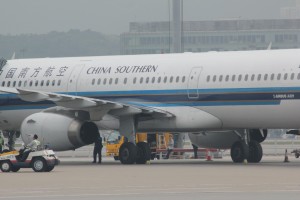 The Centre for Aviation (CAPA) revealed one-way seat capacity between China and Japan has fallen to its lowest level since 2004. Capacity for October was down 9 per cent year-on-year.

Other plans to boost capacity have also been shelved, affecting the second daily Guangzhou-Osaka Kansai service.

Airspace reform urged
The Comprehensive Transport Institute is calling for reform of China’s airspace and expanding its use for civilian aviation.

The group is warning congestion will come to a head once Guangzhou’s new runway opens, combined with a third runway being considered in Hong Kong.

The region’s sky has been so severely congested that the International Air Transport Association has said that the situation in the Pearl River Delta is one of the top three global air traffic control problems.

With more flights connecting six PRD airports (Foshan, Guangzhou, Hong Kong, Macau, Shenzhen, Zhuhai) to the rest of Asia and the world, experts are questioning how much more the region can take with such little approved airspace available.

Some ideas include a smartphone app for better on-the-move information in the hands of passengers.