In Praise Of… Mandopop (It’s not so bad, really!)

The Nanfang is introducing a new series in which it defends a frequently criticised aspect of life in China. This week, we tackle Mandarin pop music, also known as “Mandopop”.

When my former employer used to take us on staff outings to karaoke joints, seeing which Westerner could last the longest was like a bucking bronco competition. Foreign staff would depart one by one describing “Mandopop” music as “treacly,” “syrupy,” “sentimental,” and the most frequently used adjective of all: “lame.”

American-born Lee-hom Wang, who has managed to become a Mandopop superstar, had a similar first impression of the music when he moved to Taiwan as a teenager. In his address to the Oxford Union last year he argued that pop music could be an important soft power tool to help build understanding between China and the Anglophone world. But first, bad impressions such as the one held by my former colleagues must be understood and overcome.

The now-defunct blog Chinabounder was primarily known for its author’s provocative boasts about his conquests of Chinese girls. But it also contained a lot of biting criticisms of Chinese society itself. It described Mandopop as being “characterised by softness” and having “no hard edges on which listeners might cut themselves some independent thinking.”

The blogger goes on to berate Chinese music for never covering difficult subject matter. But this issue is neither uniquely modern nor uniquely Chinese. Plato mistrusted music and wanted only two keys to exist, one that stirred patriotic feelings and one that relaxed listeners, according to Anthony Storr’s “Music and the Mind”.

The handful of foreigners who have become well known for singing in Chinese have sung songs that have fit broadly into one of those two categories. Americans Martin Papp and Hong Laowai became well known on television and the internet respectively for singing songs praising China and its government. British-Liberian Hao Ge and American Clay Garner have gained a reputation for singing inoffensive love ballads.

No Chinese city yet has an alternative music scene to rival those of, say, Seattle and Manchester in their day. However, there is room for more esoteric artists to carve out a niche, find a respectable level of recognition and even gain a mass audience.

Zuoxiao Zuzhou was described in an NPR feature as “The Leonard Cohen of China” and “the voice of a generation.” The lyrics go straight at issues such as land grabs and official corruption and the melodies and vocals are “alternative” by any standard.

Although Zuoxiao Zuzhou is an eccentric who was once banned from performing live, he has almost 2 million followers on Sina Weibo. These include such influential figures as social commentator Li Chengpeng and superstar author Han Han.

Cut from a slightly different cloth is the comical singer Chuanzi, whose songs “Happiness Lane” and “I Want to Get Married” cover issues such as the impossibility of affording a house and, by extension, attracting a wife.

Chuanzi is part of a tradition that goes back to the writings of Western-educated Lin Yutang who in the 1920s coined the Chinese word “幽默” based on the English word “humour.” The principle behind it is the belief that it is possible to care about serious issues while remaining light-hearted.

These guys may struggle to get their stuff played on mainstream radio and television. But it’s not as if Radiohead ever played the live final on X Factor, or Leonard Cohen will ever be invited to do the halftime show at the Superbowl. The satirical singer Chuanzi is well worth checking out, image courtesy of Baidu

As for whether mainstream music covers difficult subject matter: to push the envelope effectively, one first needs to know where it is located. Teresa Teng, the most iconic Chinese-language singer of her generation, dressed elegantly and sang about falling in love and having a good time. This may not seem radical, but compared to what had been acceptable in China during the red years it was “decadent,” according to authorities.

Her persona, which was considered wholesome in Hong Kong and Taiwan, was considered sexy and glamorous in Mainland China, so much so that her work was banned. She never lived to give a live performance in the People’s Republic.

The many mainland singers she influenced can fairly be described as pushing the envelope considering the cultural context. Pushing the envelope just enough to keep one’s medium interesting but not so much that it attracts the attention of censors is common in China, from journalism to comedy. A mainstream Western audience is unlikely to appreciate the extent to which Mandopop tries to push the envelope, but the best of it does.

Anatomy of a Chinese pop song

More important than “softness” or aversion to difficult subject matter in characterising Mandopop are two things. The first is a particular melodic structure and the second is a particular lyrical style.

Songs that have met with blank stares or embarrassed silences when I have played them in China include “I Would Walk 500 Miles” by The Proclaimers, “Fake Plastic Trees” by Radiohead, and the entire works of Jimi Hendrix. All are said to “have no tune,” i.e. they don’t follow the recognised four-step melody.

When looking for a lyrical style that runs through much contemporary Chinese pop music, an important concept is that of 意境(yijing) which roughly translates as “scenery.” Lyrics that can tell a story while painting a picture have proven popular. English songs that have abundant yijing include “Flesh and Blood” by Johnny Cash and “Mersey Paradise” by The Stone Roses. Mindless yet catchy lyrics in the vein of “I got soul but I’m not a soldier” tend not to go down too well in China.

A prime example of a popular contemporary Chinese song that uses yijing is “Listening to the Sea” by Zhang Huimei. The image is that of somebody urging a distant lover to write them a letter telling them what colour the sea is and how that will reflect their mood. The imagery it spins owes a lot to the poem “Quiet Night Thought” by Li Bai (701-762). Treacly and sentimental the song may be, but it is part of a tradition that warrants appreciation.

Street Spirit vs a Mandopop song

Though I agree with Frank Zappa that writing about music is a bit like dancing about architecture, I will now compare a song by a respected British alternative band to a Mandopop song by a Beijing band. “Street Spirit (Fade Out)” by Radiohead and “Hudie Hua by Shuimu Nianhua” are similar both musically and thematically.

Both songs involve sweeping guitar arpeggios in a minor key and both songs are about loss. I think “Hudie Hua” is better and here’s why. 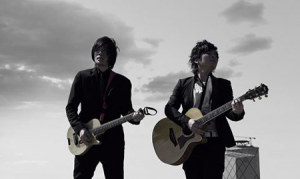 Both paint a picture of loss and decline but the Chinese song does so in a way that is so much more organic and so much less elliptical. The line in “Street Spirit” that goes “This machine will not communicate these thoughts and the strain I am under” is a great line. But is not connected to any of the lyrics around it, there are no other lines that refer to or symbolise machines. What machine? It is almost vague and noncommittal enough to be a Coldplay lyric.

“Hudie Hua” begins by painting a vivid image of an idyllic childhood, symbolised by the eponymous flower which is a type of iris, literally meaning “butterfly flower”. Unlike “Street Spirit” it has a narrative, suggesting the decline of a relationship between two people as they age.

Of course, this is just one example. There are many others and you admittedly have to wade through the chaff to get to them. But couldn’t that be said of the music scene anywhere?