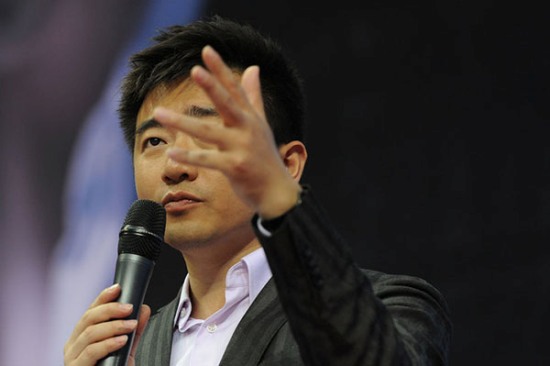 Hong Kong’s Apple Daily has published a sensational story today on Rui Chenggang, the disgraced former presenter at CCTV, claiming he divulged state secrets to foreign spy agencies and tried to smear the upper echelon of the Communist Party, among other scandalous claims. Rui was taken away by police in July this year.

Rui was a business anchor on CCTV famous for forcing Starbucks to exit the Forbidden City in 2006. According to the report, which cites a source from the disciplinary committee of the Chinese Communist Party, Rui reportedly cried at his interrogation earlier this year after being arrested, claiming he was a victim under the control of others.

Some suspect Ling himself is the focus of a graft investigation.

Rui admitted his criticisms of the west and patriotic diatribes were mean to be his “umbrella of protection” so he could stay in the good graces of the public and government. However, Rui is said to have shared Chinese secrets with a western agency that Chinese authorities accuse of conducting espionage.

Rui has been very high profile, both in China and abroad. We reported earlier how Rui drew attention for his behavior in South Korea:

At a 2009 press conference with US President Barack Obama, Rui volunteered himself when the US President was instead seeking a question from the Korean press. As Rui explained at the time, “Unfortunately, I hate to disappoint you, President Obama, I’m actually Chinese. But I think I get to represent the entireAsia, part of the family on this side of the world.” and for arrogantly taking the floor to ask US President Barack Obama.

At their peak, Rui’s shows were watched by 300 million people each night.