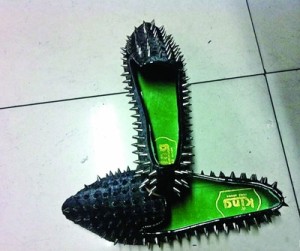 Think twice about leering at women on public transport.

It’s hard to be a woman and the number of perverts on public transport doesn’t make it any easier.

One woman at Guangzhou Baiyun Airport has run into difficulties with authorities after trying to deal with this problem proactively.

Liaoning Satellite Television reports that a woman, Miss Wu, was forbidden from wearing spiky “anti-pervert shoes” onto a plane. She explained that beautiful women had to protect themselves from the large number of perverts who are out there.

A character in the new film “Lost in Thailand,” which has already become the most bankable Chinese film of all time, brings a bag with similar spikes onto a plane. But I suppose this is one of these gray areas when it comes to what we can and cannot carry on board. 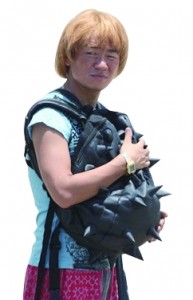 A major character, Baobao, in “Lost in Thailand.”