Cantonese Speakers The Most Susceptible to Nose and Throat Cancer: Report 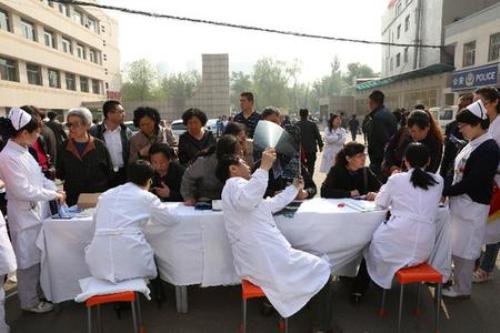 We already know that lung cancer is leading cause of death in Guangzhou, but it turns out air pollution may have nothing to do with the high cancer rates. Instead, a report in the Guangzhou Daily says Cantonese speakers have a higher susceptibility to contracting nose and throat cancer no matter where they live throughout the world. What? Gao mat guai yeh?

The report doesn’t explain exactly why that is, but does paint a bleak picture about cancer in Guangdong. For every five deaths in the province, one is attributed to the disease. Furthermore, statistics show those in southern provinces – particularly Guangdong – are most at risk. The World Health Organization states that 80% of all throat and nose cancer cases world-wide occur in China; in turn, 80% of these take place in the eight southern provinces of China of which, in turn, Guangdong has the highest number of cases.

April 15-21 is National Tumor Prevention Week in China. To promote awareness, data culled from the Guangdong tumor registry in 2009 reveal a much bleaker perspective regarding cancer in the Sunshine Province. 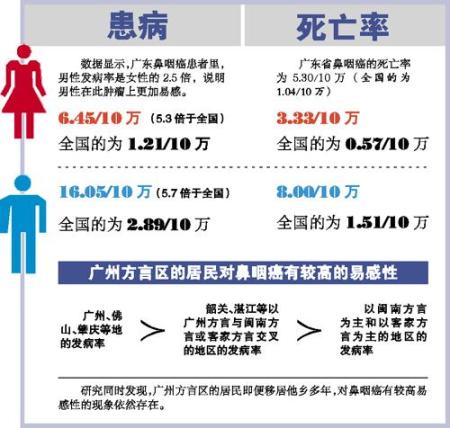 The horrifying highlights include:

The stats are scary, and point to a particular problem down here, but is Cantonese it? What is it about being Cantonese that could possibly be the reason behind this? Is it speaking a tonal language with superfluous tones? Penance for having birthed William Hung to the world? That virgin boy eggs are, in fact, a thing? It’s just not fair.

Detection of cancer within the first five years has a survival rate of 80%. Do yourself a favor: get plenty of rest, catch up on Game of Thrones while taking a warm bath, and go see a doctor to get yourself regularly checked.