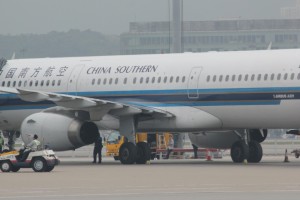 A diplomatic spat between China and the Philippines has spilled over into aviation with the mainland’s biggest carrier, China Southern Airlines (CSA), temporarily slashing flights in response to large numbers of cancellations in recent weeks, Xinhua reports.

From May 26 to June 30, CSA is cutting its twice-daily Guangzhou-Manila service in half.

The move comes after a series of rows between Beijing and Manila after an incident on April 10 saw a Philippines warship involved in an altercation with Chinese fishermen in the disputed waters around Scarborough Shoal, which is known as Huangyan Island in China.

Relations between the two nations appear to be souring quickly. Both sides have been ramping up the rhetoric, with protests erupting in front of both Chinese and Philippino embassies. China’s National Tourism Administration has warned citizens that travelling to the Philippines may be dangerous due to “strong anti-China sentiment”, the BBC reported.