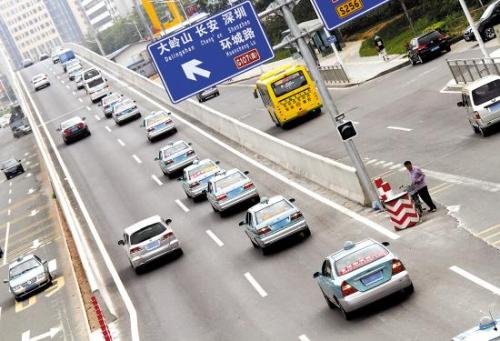 Wang Xianwu is your average hard-working Chinese man. Recently divorced, Wang wanted a better life for his children, and was trying to secure a down payment on a house for his son. Unfortunately, it was Wang’s diligence and work ethic that served as his demise.

Wang died on April 20, and was found in his rented apartment in Zhushan, Dongguan, reports Dongguan Times. Wang was only 43 years-old. He had been driving cabs in Dongguan for a total of 12 years, and had been working for the Dongguan Tianlong Taxi company.

The preliminary investigation by police state that the suspected cause of death is “overwork”. They may not have to search hard: right before he passed away, Wang had worked 24 continuous hours driving a cab.

A standard practice for operating a cab in China is to assign two drivers to one car. Working in shifts, one works during the day while the other works at night. Due to a change of shifts on the day he died, Wang ended up working both shifts. Accustomed to long hours, Wang normally worked shifts of at least 12 hours long.

Death from overwork is not rare in China. Another Dongguan man died suddenly early April after working the entire month of March in which he accrued 190 hours of overtime. 21 Guangdong police officers that died last year were attributed to overwork. A 29 year-old real estate planner died suddenly after routinely working until three or four am each day.

A grand procession of a hundred cabs adorned in white flowers supplied a regal farewell for Wang Xianwu. However, it’s still not clear as to what other measures will be taken in light of this tragedy. Under the current system that forces taxi drivers to work long hours at the cost to their health, what fare is fair?

Foreigner Gets Whipped With A Leather Belt In Beijing Traffic Altercation