This year’s Guangzhou Sex Culture Festival, which takes place from November 8-10 at the Nanfung International Exhibition Centre, will contain performances from transsexuals for the first time, Guangzhou Daily has reported on its microblog.

The annual festival has become legendary in China for its lewd performances, half-naked women, and other bizarre exhibits. 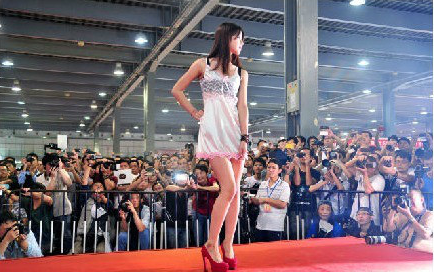 As we told you last year, the stated aims of the festival include “improving sexual morals,” and “encouraging safe sex.”

In 2009, the Chinese government moved to make sex change operations safer, which reflects a large-scale shift in attitudes towards the LGBT community.