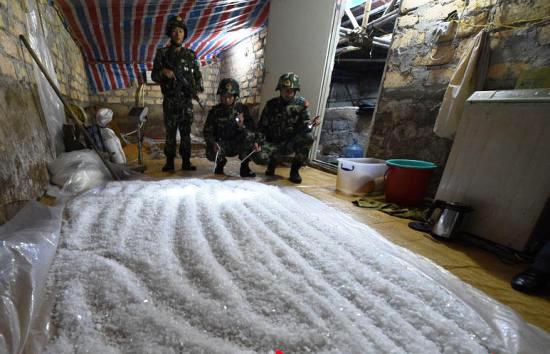 The raid, which took place at a Shanwei mountaintop pig farm, led to seven arrests and involved over 100 police officers. In addition to the meth, 180 kilograms of drug-making materials were seized.

When it comes to meth, Lufeng, Shanwei is the Fresno, California of China. The situation has become so bad that the local police chief admitted he simply doesn’t have the resources to adequately deal with the problem.

Locally known as “the fortress”, Lufeng is responsible for one-third of all crystal meth production in China. More than one-fifth of all local households are linked to drug production or trafficking, which, for many villagers, is the only profitable livelihood.

Nevertheless, Shanwei police claim they are making progress in the fight against the drug trade. Since launching an anti-drug campaign in September, the police department has busted nine drug rings, arrested 123 suspects, and seized 598 kg of meth. 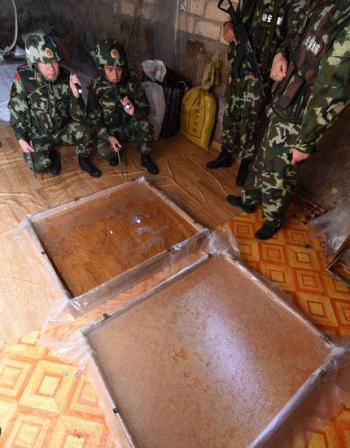