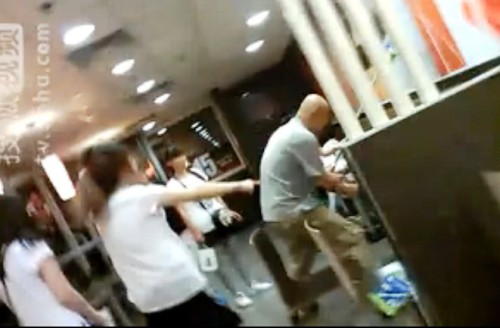 The sensational story of a Shandong woman who was beaten to death at a local Zhaoyuan McDonald’s continues to shock the country. People are still trying to come to grips with the horrific crime, which involved a religious group named Church of the Almighty God. The group has been universally described by Chinese media as an “evil cult”.

A woman named Wu refused to hand over her phone number to a group of people at the McDonald’s on May 28 and lost her life as a result. The group allegedly consisted of members of the cult, who had gone to the restaurant looking for new recruits.

READ: Woman Beaten to Death at McDonald’s for
Refusing to Give Her Phone Number

A witness named Zhang Hongpeng said the group — two males and four women — had gone to different tables soliciting phone numbers. Zhang said the phone number he gave was fake, a ruse employed by many other diners as well. Zhang had thought the phone numbers were required for a social media promotion.

Wu was the only one who refused, and after asking the rest of the diners, the group came back to demand her phone number. Zhang said a woman in the group loudly banged the table in front of Wu with her hands and demanded Wu give up this information.

The altercation rapidly escalated as one member of the group, Zhang Lidong, started to violently attack Wu with a broom handle.

CCTV reported the attacker, Zhang, had told the victim to “Go to hell, demon” and said she would “never come back in the next reincarnation”, which lines up with what was heard in a video taken by a witness. As well, other members of the group warned bystanders they would “kill whomever got involved”.

People’s Daily reports the incident started at 9:19pm, and that police arrived at the scene within 4 minutes. 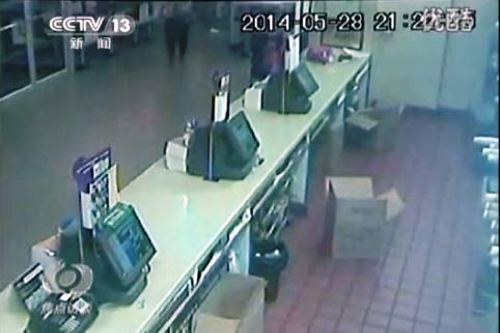 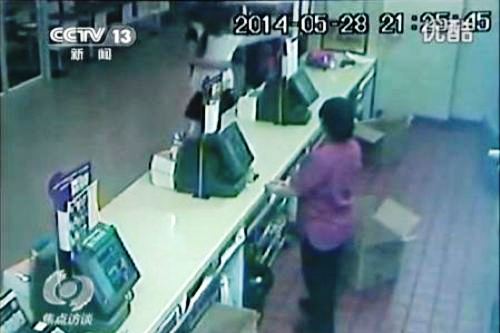 Police officer Yan Zhi was the first to arrive at the scene, and reported that the victim was lying in a pool of blood. Zhang was kicking and stomping on her as a boy used a mop handle to strike her head. 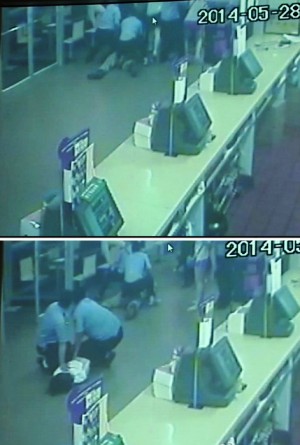 Sina reports the six suspects resisted arrest. Wu was pronounced dead at the hospital at 9:48pm. 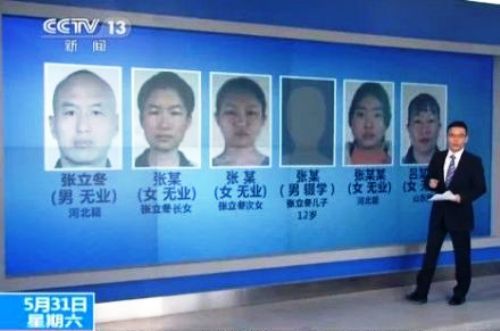 Zhaoyuan police said the suspects have all confessed to the crime. Charged are Zhang Lidong, Zhang Fan, Lu Yingchun, Zhang Hang, Zhang Qiaolian, and a minor.

All suspects are apparently members of the Church of the Almighty God, and are unemployed. Zhang Lidong is the father of two of the women in the group as well as the unnamed minor. 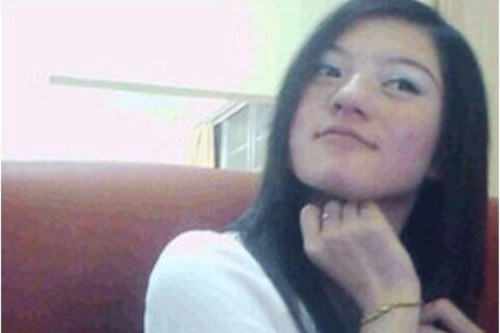 A memorial was held on June 1 to commemorate the 37 year-old victim, Wu (seen above). A salesperson by trade, Wu was the wife and mother to a six year-old boy who reportedly keeps asking why his mother hasn’t come home. 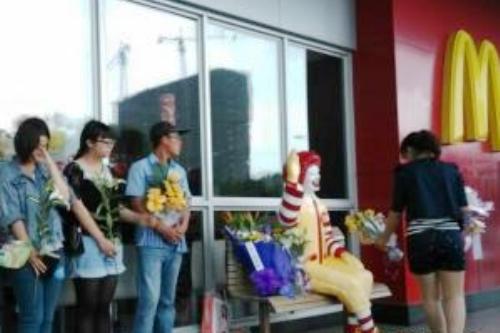 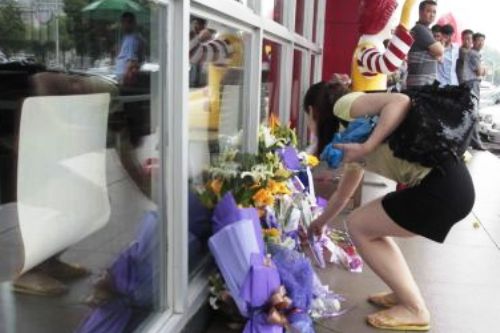 Reuters reports that the Church of the Almighty God is banned by the Chinese government, and Xinhua condemned the group by saying, “The audacity of the cult members to terrorize their victim at a McDonald’s, a chain frequented by average Chinese, further racked people’s nerves.”

In what may serve to further fray the damaged nerves of the people, an interview aired on CCTV News on Saturday that allowed cult member Zhang Lidong to espouse his views to a national audience, which is already on edge from bomb and knife attacks amid threats of terrorism.

Excerpts from that interview include the following dialogue that highlight Zhang’s spiritual beliefs:

Reporter: On the evening of May 28, why did you attack this person at McDonald’s?

Zhang Lidong: Because she is a demon, an evil spirit. My goal was to beat her to death.

Reporter: Don’t you have any consideration for the law?

Zhang Lidong: None at all.

Reporter: Aren’t you afraid of the law?

Zhang Lidong: No, because I believe in God.

The People’s Republic of China is an atheist state. Though it does not require its citizens to be atheists, Communist Party members are required to be atheists despite a growing trend to the contrary.