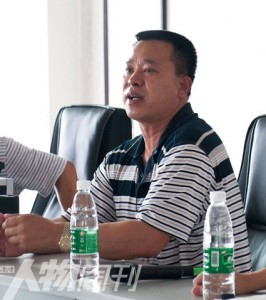 The death of billionaire Long Liyuan after eating cat meat in a hotpot restaurant in December 2011 made headlines around the world.

But even then it was known that it wasn’t the cat meat that killed him but poison. Agriculture official Huang Guang, who was with him the night he ingested the poison in Yangchun City, was arrested on suspicion of his murder.

Although the restaurant was also suspected of serving unsanitary food, Huang has now confessed to the murder, Southern Metropolis Daily reports.

Long Liyuan, a billionaire businessman from Gaozhou in Guangdong Province, was also a member of the People’s Congress of Guangdong. Huang was vice director of the local agriculture department. Huang received 2.54 million RMB from Long from 2009 to 2011 while claiming to help him with contract law and legal procedures.

In fact, Huang simply gambled the money, losing all of it, and was under pressure from Long to pay it back. Unable to pay the money back, Huang decided to kill Long, his confession said. On Dec.23, Huang invited Long to eat cat meat at a hotpot restaurant in Yangchun’s Bajia Village.

As they were getting ready to eat, Huang snuck into the kitchen and poisoned the soup he had ordered for Long. After ingesting three bowls of the soup, Long was sickened and later died in hospital. Huang confessed to the poisoning, but still denies the allegations of cheating Long out of money.

In early 2010, an op-ed in Shenzhen Daily discussed the sins of eating dog meat and cat meat. This reflects the growing preference for feeding dogs and cats rather than being fed on them.