Five workers were trapped inside but all were rescued and there were no casualties. The fire is thought to have been caused by a short circuit, but an investigation is ongoing.

Here are some images, courtesy of Southern Metropolis Daily: 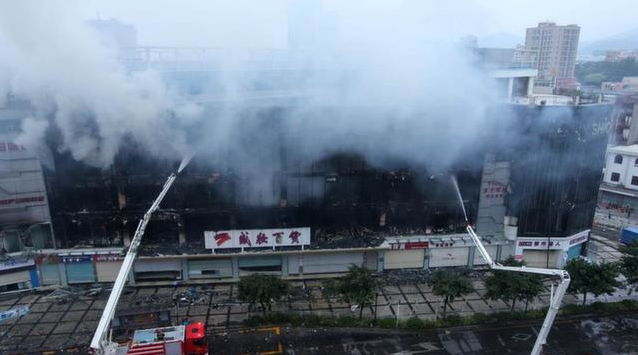 Due to heavy winds, the pungent fumes badly affected the area around the shopping mall, which is located on Shiyan Street Many of the stores, most of which sell cosmetics or clothing, have been destroyed.