What’s up with Guangdong’s dirty officials? Another embroiled in a scandal 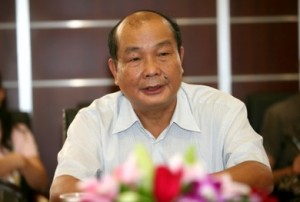 Former deputy mayor of Shenzhen, Liang Daoxing, is under investigation for serious disciplinary violations, according to the China Daily. This makes him the fifth high level official in Guangdong Province to be embroiled in a scandal in just over a month.

Liang acted as the director-general of the executive office of last year’s Universiade (remember that?) and is now under investigation by the Guangdong Provincial Party Commission for Discipline Inspection. The commission is yet to give details about what he is being investigated for.

Other officials who have come under fire include Wei Jinfeng, former deputy director of the provincial finance department, who was found to have been accepting bribes and benefited from illegal land transactions before being fired on October 25.

Lu Yingming, former deputy director of the provincial land and resources department, Zheng Beiquan, former deputy mayor of Yingde, and Chen Hongping, former Party chief of Jieyang, are also the subject of investigations, according to the local discipline watchdog.

The scandal involving Zheng is particularly interesting. A former deputy police chief in Yingde sent a letter to the city’s anti-corruption authorities in September and published an article online accusing Zheng, the local police boss who is also vice mayor, of shielding organized crime syndicates, according to Caixin Online.

The China Daily says these scandals, along with ones involving low-level officials like the one we told you about last week simply reflect on what an awesome job the government is doing at combating corruption. What do you think?

Last year former mayor of Shenzhen Xu Zongheng was given the death penalty with a two year reprieve for accepting bribes, according to Economic Observer.