With the recent opening of the new highway that connects Shenzhen, Dongguan and Huizhou comes a new system to provide public transportation between these three interconnected Pearl River Delta cities.

Three extra stops will be added to a Dongguan bus to allow trips to Shenzhen. Occurring along the new “Shenzhen-Huizhou 3 Line”, this route will serve Yantian Customs, Yantian Village Committee, and Yantian Elementary.

A spokesperson for Shenzhen Huacheng Transportation company describes this way of traveling as the most inexpensive option available to commuters. He adds that bus stops haven’t even been labeled yet because the bus line is so new, but will be completed within days. 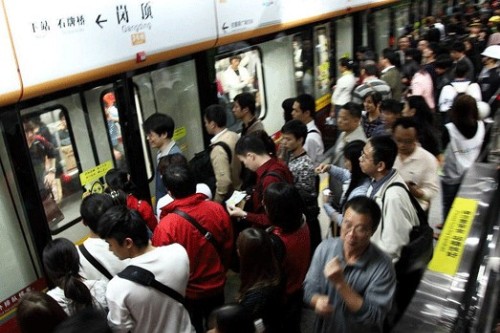 Guangzhou Metro Lines 2, 3, and 5 will receive seven new subway trains in order to improve service by the end of the year, reports the Guangzhou Daily.

At present, Lines 2, 3 and 5 exceed passenger capacity at rush hour, while Lines 1, 3, and 5 are the most busy lines.

Meanwhile, subway use during the upcoming Dragon Boat Festival this weekend is expected to hit 7.2 million passengers. The Guangzhou Metro will be operating on a weekend schedule during this time.

UPDATE 11:26am May 29, 2014. We should also mention that the Guangzhou Metro will now start limiting commuters from entering 25 stations across the network that are already operating beyond capacity

Stations along Lines 1, 3, 4, 5 and 8 will now restrict the flow of commuters into the transit system starting at the end of this month.