When Andrew Zong bought one of the first commercially-available Tesla electric cars in China, he had a small problem:

When I picked up my Tesla in Beijing, I realized that it’s impossible to drive it back to Guangzhou as there are hardly any places to recharge the batteries.

While Shanghai and Beijing are struggling to set up electric car charging facilities, there is nothing available in the 5,750 kilometres along the highway between Beijing and Guangzhou.

But that wasn’t going to deter Zong, the CEO of heat pump manufacturer PHNIX, who handily solved the problem by establishing his own charging network, reports Yahoo News. Zong bought a stock of battery piles and took to the internet, looking for volunteers that could help him recharge his new Tesla at their homes. In three days, Zong attracted some 20,000 interested respondents online, but only needed twenty volunteers.

READ: Tesla to Expand to Guangzhou and Shenzhen Despite Customer Apathy

Using this ad hoc charging network, Zong and his friends were able to drive the new Tesla from Beijing to Guangzhou in just twenty days.

While Yahoo calls this the first “electric car charging network from north to south China”, we would be remiss to point out that this network only temporarily existed for one single car. None of these private locations remain available for public use. That said, Zong remains flush with confidence, saying:

The true value of this action is to tell everyone: as long as more and more people are involved, a network of charging piles across China will soon be set up and this could form a more eco-friendly lifestyle for China.

To do his part, Zong has has ordered 20 Teslas to give to his employees as rewards and has built 60 charging parking spots at his own factories.

Tesla to Expand to Guangzhou and Shenzhen Despite Consumer Apathy

While Tesla itself hasn’t made an official announcement, their Linkedin profile lists jobs in the two PRD cities as well as Chengdu. This would be in addition to their one store in Beijing, and two others coming in Shanghai and Hangzhou.

But while Tesla is expanding fast in China, electric charging infrastructure may be struggling to keep up.

Furthermore, the electric car industry has been supported solely by government sales in recent years.  A high-level executive at one auto company who asked not to be identified told Caixin that fewer than 2,000 new electric cars have been sold to the general public since 2009.

Shenzhen expects to have 25,000 electric vehicles on its roads by the end of next year. To meet this goal, it has ordered every new residential complex to provide charging facilities for electric cars regardless of whether any residents drive the vehicles, reports Investor Intel. Without the charging facilities, the apartments will not be allowed to go on sale.

READ: Six Million Cars to Be Taken Off Streets in China to Fight Pollution

But most tellingly, a massive market will be created once Elon Musk and Tesla build a gigafactory capable of producing batteries for 500,000 electric cars a year, reports the Economist.

With luxury car sales falling all across China, we can only assume Elon Musk knows what he’s doing. 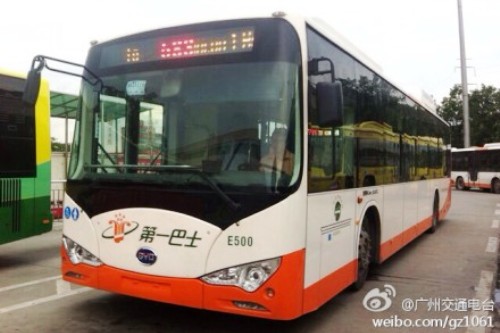 The new BYD electric buses for Route #583 in Guangzhou have been unveiled by FM 106.1, the official radio station of the Guangzhou traffic police.

This no-emission low-rider will travel between from the East-West Street in Yuan Village to Xilang in Fang Village and is described by the radio station as more “cozy and balanced” than streetcars.

The new #583 bus is also described as having no problem in tackling the incline at Hedong Bridge. Check it these pics: 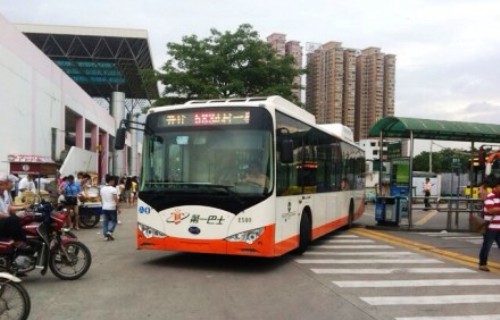 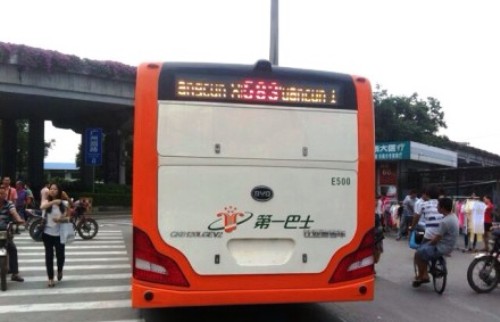 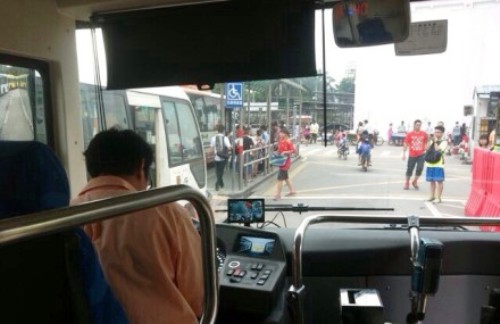 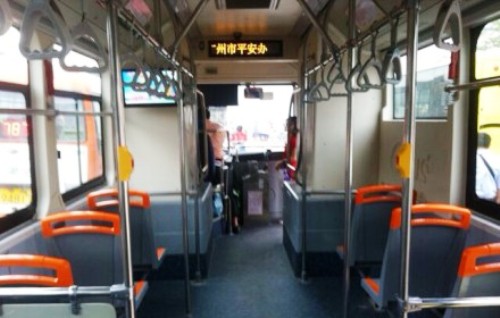 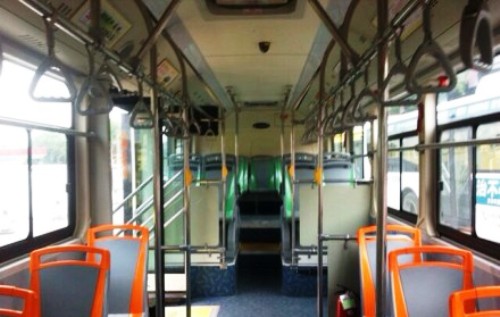 New Electric Trolley System For Dongguan to Start in 2017 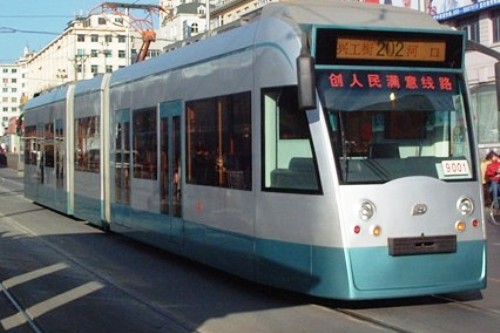 Dongguan residents may be commuting around the city in an electric trolley as soon as 2017, reports Dongguan Times.

As seen on its official website, the Dongguan municipal government is now accepting bids to build a trolley system.

According to a source with the city planning department, a ”flexible” preliminary study has already been done with initial proposals on where the electric trolley lines will lead. Likely to consist of one or two lines and based on the electric trolley systems in Shenzhen and Hong Kong, this heavy-transit system will likely be built in the city center or by the waterfront. As the source with the Dongguan city planning department explains:

Building the tram tracks downtown can help alleviate pressure on traffic, while tracks near the waterfront won’t be as difficult to build since the new territory is spacious.

The source cautioned that preliminary studies for trolleys in other cities like Guangzhou and Shenzhen have taken two years to finish, whereas Dongguan only began its study in January of this year.

During the second stage of the study, the city planning department will solicit advice from officials and experts.

Guangzhou’s cabs get a green makeover

The first of Guangzhou’s electric cabs have been put into service, giving people a newer, greener, cleaner way to get around the city.

But while they’re now out and about, passengers will be very lucky to catch one as only six of the 21 cabs have been allocated for commercial use while the majority of them will used to shuttle around government officials.

The Guangzhou Development and Reform Commission hopes that including electric cars in public services will bring more consciousness about alternative energy and green commuting to the city’s citizens.

With the backing of the government, e-taxi fares could be on the way down, following similar moves in Shenzhen to reward and give passengers more incentive to use green cabs.

Overall, the move is a small start but a mere drop in the ocean.

Last year, Shenzhen picked the Warren Buffett-backed BYD automaker to supply 300 e-cars, making it one of the biggest users of any city worldwide, making Guangzhou a bit of a laggard when it comes to green highway initiatives.

However, the safety of electric cars were called into questions after a BYD electric taxi exploded in seconds in a fatal accident, killing the driver and two passengers. A subsequent report has gone on to allay any fears.

Shenzhen electric taxi may have caught fire due to leaking battery

A few weeks ago, we told you about three Shenzhen residents who were killed when their electric taxi was struck by a speeding Nissan GT-R. Within seconds of the impact, the taxi caught fire, incinerating the driver and his two female passengers. The accident raised questions over the safety of Shenzhen’s electric taxis, which are manufactured by locally-based BYD. According to a report in Reuters, it now appears that the fire may have been caused by a leaky battery.

Stella Li, Senior Vice President of BYD, said there is a “big chance” that liquid electrolyte, one of the three main battery components, may have leaked after the crash and caught fire. Although police are still investigating the accident, evidence of a faulty battery would be a huge blow to BYD. On the first day of trading following the accident, the Warren Buffett-backed company watched as its stock fell to a seven-month low. And while BYD has already sold close to 500 e6 electric cars throughout China, more bad news regarding the safety of its batteries could be disastrous not only to BYD, but to the future of the electric car business in general.

While Li admits a leaky battery may have caused the fire, she maintains that BYD’s batteries are inherently safe: “No car company could design an electric car or a gasoline-fueled car that could withstand a 180-kph crash, especially from being slammed from the backside” Li said. Whether or not that is true, according to a chief engineer at Toyota, the damage has already been done: “I am not sure if calm and measured attitudes toward electric cars would prevail in the market… It worries me.” Whether the Chinese market will truly take to electric vehicles remains to be seen; needless to say, however, restoring faith will not be easy.

You'll soon see the E6 plying the streets of SZ

Not a lot of us are in the market to rent automobiles. China is notoriously strict on what it will accept when it comes to proper driving permits, and an international driver’s license doesn’t cut it. On the other hand, though, the country is notoriously lax: many fellow laowai report being pulled over on scooters, motorbikes or other contraptions and being let go simply because putting a foreigner through the bureaucracy is too ma fan.

That being said, there is definitely a market for cars which come with drivers. Cars are regularly rented for tours around the city, jaunts out of town for the day, and more. They are also used to pick up VIP guests and shuttle them around to factory visits and baijiu-soaked banquets. Often times, these cars are not even that expensive, all things considered.

Hertz has just announced that it will begin renting out electric cars in three Chinese cities, namely Shenzhen, Beijing and Shanghai. Unlike Hertz in the US though – and in keeping with Chinese tradition – the cars come equipped with a driver. They are made by BYD, a battery manufacturer based in Shenzhen. The New York Times fills us in:

The Chinese government has been energetically promoting the adoption of electric cars for several years. But automakers have continued to work on ways to extend the cars’ range.

The catch is only two cars are available in Shenzhen right now, but Hertz hopes to have 25 to 30 electric cars for rent by the end of this year.

The benefits of electric cars are obvious, especially in a polluted city such as Shenzhen. The electric car revolution maybe late and slow going, but perhaps it’s finally begun.