[This article contains content and images that may prove to be offensive to some readers.]

A clear-cut case of animal abuse happened in broad daylight on April 14. Mr Yu was just leaving the Shenzhen People’s Hospital in Futian District when he heard a loud mewing that had attracted the attention of many people in the area. When he noticed two on-duty security guards doing what they shouldn’t be doing, he began to record the following scene:

The text for this video gives more details about the incident: (translated by the Nanfang)

Two Security Guards from the Shenzhen Futian People’s Hospital Abuse a Cat
Yesterday afternoon at around 6pm
Two male security guards from the Shenzhen People’s Hospital in Futian District
used a transparent adhesive tape to tie up a 3-month old cat
and used it to drag the kitty around
Then they hang the kitty to play with it
before dragging the kitty around
Afterwards, they hanged the kitty from a tree
Attracting two small children to come over and ask
“Why have you tied up the kitty?”

Yes, children witnessed this act of animal cruelty as an adult accompanying them walked away. After the end of the video, the cat was taken down from the tree and dragged around before being hung again.

That was evil. Now comes the stupid.

After the video surfaced online, journalists from ten different newspapers and media outlets descended upon the Shenzhen People’s Hospital to confront these security guards. When negotiation with a person identifying themselves as the head of security went nowhere, the reporters went to the information desk to arrange an interview with the hospital’s public relations department.

And then in full view of people whose job it is to record things, security guards began attacking the reporters, reports Shenzhen News, Guangdong Yangcheng Evening News, JS China and other people with the bruises to prove it.

Past stupid and well into Crazytown, security guards beat the journalists with kicks and punches. You’ll have to forgive the lack of clear images of the attack since security guards successfully destroyed cameras from two television stations. The fracas continued until police came to take away the offending security guards.

For the epilogue to this story, we leave Crazytown and depart for Ludicrous City. Lin Hanli, Deputy Director of the Shenzhen People’s Hospital, absolved his organization of any responsibility in regards to property destruction and attacks because the security guards have nothing to do with the hospital; they only happen to work there. Lin said:

Back at the beginning of this story, it was a case of “evil” committing animal abuse. Now, by using bureaucracy to absolve responsibility — that hasn’t yet acknowledged the animal abuse — it may be that we’ve gone all the way through the cycle and are back around again at evil.

That, or we’re glimpsing the “irrational national” standard well at work. 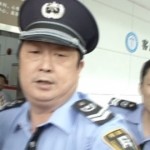 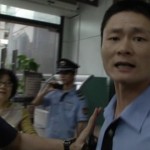 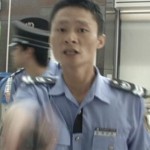 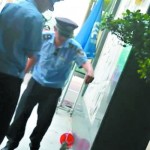 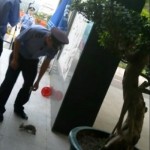 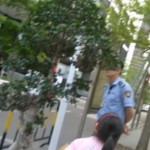 Patients in SZ refusing to leave hospital after receiving treatment

Sixty-one patients at Shenzhen’s public hospitals are refusing to leave after receiving treatment. Many of the patients, who are staying in eight of the city’s 11 public hospitals, are homeless, Shenzhen Daily reported yesterday.

The patients have been there for a combined total of more than 17,000 days and collectively owe more than 8 million yuan in medical fees, the city’s public hospital management center announced this week.

Xu Yong, director of operations at the city’s hospital management center, said many of the patients are vagrants who had been sent to a hospital by police or civil affairs employees after suddenly falling ill. Hospital officials have been unable to contact family members of many of the recovered patients who are refusing to leave.

The over-staying patients also include people who have large medical bills or still need recuperative treatment, even though the treatment doesn’t require hospitalization. Patients involved in medical disputes also are among the over-stayers.

Xu said hospitals have no right to force patients to leave, unless police intervene.

None of the patients have been forced out of a local hospital, Shenzhen Special Zone Daily reported yesterday.

“Hospitals have become shelters for many people who think they are in a disadvantaged position,” Xu said. “If there was a government-funded rehabilitation center that could provide free services to these people, the current situation might change. The government could also establish a better aid system for these people.”

A 13-year-old girl identified only as Xiaomin was sent to Shenzhen Children’s Hospital at the end of 2010 because of heart failure. Her condition eventually stabilized, but she has remained in the hospital, where administrators have suggested that she leave 14 times since August 2012.

The girl’s father has rejected each request, citing financial difficulties.

The management centre is trying to figure out a way of preventing patients from abusing the system.

One patient has been staying in the neurology department at Shenzhen No. 2 People’s Hospital for seven years, according to the centre.

It became obvious there was a problem after a Nov. 2 incident in which the father of a female patient allegedly used a kitchen knife to threaten doctors at Peking University Shenzhen Hospital.