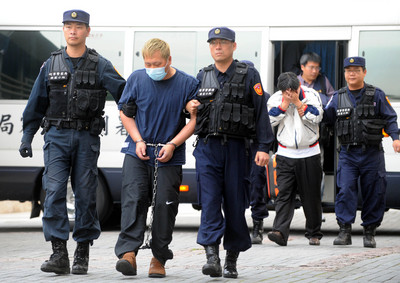 A Taiwan-born suspect who fled the island 16 years ago has been arrested by police in Zhuhai, Guangdong Province, China News reported on September 7.

The suspect, identified by his surname Guo, is accused of fraud involving RMB 36 million and has been on the Fujian Police Department’s wanted list since 1998, said the city’s Gongbei police at a press briefing on September 6.

Guo was also listed on China’s “Hunting Fox 2014”, a police operation that targets suspects of white collar crime on the run overseas. Guo was arrested on August 30 in one of the city’s residential areas. In addition, a Macau-born suspect hiding in China was also arrested on the same day in the city, the report said.

On the back of improved cross-strait relations, a 2009 extradition treaty signed between the Mainland and Taiwan has been extremely effective at helping coordinate police raids, extradite criminals, combat fraud, drug-smuggling and counterfeit currency, reported AFP. Since the signing of the agreement, nearly 6,000 suspects have been arrested, including the infamous Chang An-lo, also known as the “white tiger”, a gang leader who was extradited to Taiwan in 2013.

Dongguan’s Sex Trade Is Back

Harvard, Stanford and Others “Congratulate” Rural Chinese School… Sort Of.