A Taiwan-born suspect who fled the island 16 years ago has been arrested by police in Zhuhai, Guangdong Province, China News reported on September 7.

The suspect, identified by his surname Guo, is accused of fraud involving RMB 36 million and has been on the Fujian Police Department’s wanted list since 1998, said the city’s Gongbei police at a press briefing on September 6.

Guo was also listed on China’s “Hunting Fox 2014”, a police operation that targets suspects of white collar crime on the run overseas. Guo was arrested on August 30 in one of the city’s residential areas. In addition, a Macau-born suspect hiding in China was also arrested on the same day in the city, the report said.

On the back of improved cross-strait relations, a 2009 extradition treaty signed between the Mainland and Taiwan has been extremely effective at helping coordinate police raids, extradite criminals, combat fraud, drug-smuggling and counterfeit currency, reported AFP. Since the signing of the agreement, nearly 6,000 suspects have been arrested, including the infamous Chang An-lo, also known as the “white tiger”, a gang leader who was extradited to Taiwan in 2013.

Shenzhen Student Pays for Gaokao Answers, Given Wrong Ones 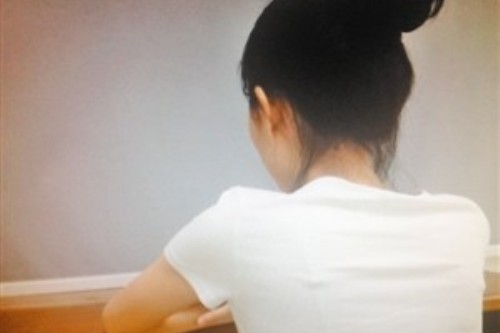 A Shenzhen high school student identified as “Wu Lili” paid RMB 4,000 for answers to the gaokao exam which turned out to be wrong, reports Sina News Video.

Lili said she had found a person online who claimed to have official access to the answers on the math portion to the national university entrance exam. Lili admitted she was infatuated with this online person, and agreed to send him the requested RMB 4,000 payment.

Lili had memorized all the answers provided for her, but was completely shocked when she discovered while taking the test that none of the answers matched up. Lili didn’t tell anyone at first of her personal tragedy for fear of getting caught.

But Lili did eventually tell someone. Lili was interviewed by a police officer, and was also filmed on camera (as seen in the photo above).

Without the slightest betrayal of her own role as a cheater, Lili told the law enforcement official what she thought of the people who cheated her:

My future is now in doubt; this swindler is simply too heartless. Not only did he take my money, but he also destroyed my future.

And if there was any doubt at all to the moral of the story, Lili also said:

I sincerely hope that my younger classmates will be able to learn a lesson from my experience. Never, ever allow yourself to be tricked the way that I was and have your future taken away from you.

As brave as it was for Lili to come forward and serve as an example to others, the report did not mention the punishment Lili would face by confessing to a police officer that she had cheated on a national examination. 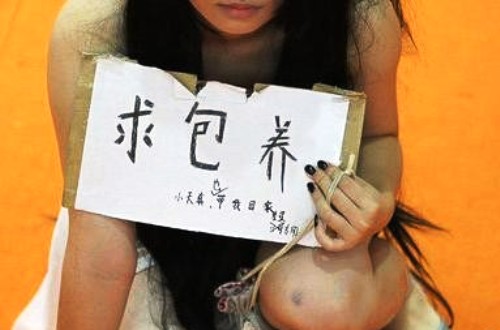 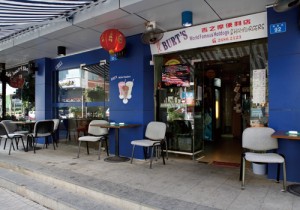 Women around the world tend to like men who are tall, dark, and handsome, and China is no different. In fact, the Chinese translation, “gao shuai fu”, has become quite popular online, so much so that con men are using the term to lure women for sex and money through dating service websites.

According to the Shenzhen Daily, a woman identified as Chen has fallen for such a scam.

In September last year, Chen met a man named Zhang online. Zhang is a middle-aged man who claimed to be divorced with an annual income of RMB300 thousand, multiple properties, and a genuine willingness to remarry. After seeing Zhang’s identification, divorce certificate, and property ownership certificates, Chen started a romantic relationship with him. They had sexual intercourse numerous times, according to Chen, who said she only started to question the credibility of Zhang’s story when she realized that she was carrying most of the financial weight in the relationship. That’s when she called police.

Zhang was arrested in a hotel in Bao’an District, Shenzhen in January this year. When police arrived, they found all of his forged certificates, including two false I.D. cards, one divorce certificate and two property ownership certificates.

During the investigation, police found that Zhang cheated another female victim for sex last year.