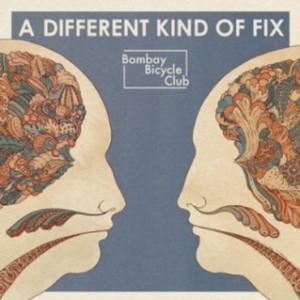 Not to be agist, but for a band barely out of their teens, London based Bombay Bicycle Club have some nerve. Following their promising 2009 debut LP, I Had the Blues But I Shook Them Loose, the band, who took their name after a London chain of Indian restaurants, waited less than a year before releasing their sophomore record, Flaws. Yet rather than build on the goodwill and 90’s guitar alt-rock of their debut, BBC decided to release an all acoustic effort consisting of originals as well as covers of Joanna Newsom and British folk legend John Martyn. To be fair, frontman Jack Steadman’s quavering vocal, which sounds disturbingly similar to Devendra Banhart, certainly fits the folk-y bill; but, the move seemed cheap and undeserving. There’s no doubt that Flaws’ production and classic folk arrangements were impressive, however Steadman is not John Martyn and Flaws was no London Conversation (though interestingly BBC are signed to Island Records, Martyn’s former label). Despite the maturity of Steadman’s voice, without the gloss and jangly electric guitars of the band’s debut, the stripped arrangements highlighted a serious lack of lyrical sophistication in a genre where the words are everything.

Most bands would wisely take some time to regroup before plotting its next course; but not BBC. The band waited all of a year before releasing its third and most recent LP, A Different Kind of Fix. Instead of narrowing the scope and focus to develop a more honed sound, as the title rather astutely implies, BBC hedged their bets by doing precisely the opposite. They’ve returned to Jim Abbiss, the producer of the band’s debut, and brought on Animal Collective producer, Ben Allen, who, along with Steadman, share production credits. Stylistically, BBC has taken Allen’s influence and essentially thrown all of the elements of their prior two LP’s into a cement-mixer to see what might emerge. The intriguing thing, however, is that what has emerged is far more interesting than either the alt-rock of BBC’s debut or the folk-lite of their sophomore release. The ramshackle combination of the two approaches, coupled with some slick production tricks, loops and ambient atmospherics result in an exciting, albeit scattered release.

As principal songwriter and co-producer, Steadman is the obvious focal point, yet in addition to the excellent production, much of what makes A Different Kind of Fix work is the impressive, yet understated playing of bassist Ed Nash. The broader sonic template employed on Fix would fall apart were it not for Nash’s solid bottom end. His Sting-like measures on the unabashedly Sting-like arrangement of “Lights Out, Words Gone” keep the track firmly planted and give Steadman and backing vocalist Lucy Rose the room to breathe some life into the charming ambient synth line. On the James-inspired opener, “How Can You Swallow So Much Sleep” (a re-recorded holdover from the Twilight: Eclipse soundtrack), Nash’s bass line is the perfect counter-point to one of Steadman’s many fantastic guitar measures. Rather than traditional chord strums, Steadman generally prefers off-kilter picking. In addition to the aforementioned tracks, the excellent “What You Want” and “Your Eyes” employ similarly clever guitar work, coupled with driving New Order-like arrangements that certainly reward repeated listens.

Steadman’s vocals work much better in the context of the big, busy arrangements, however not everything here benefits from the gloss. While the tale of forlorn love on “Leave It” works through the verses (again, largely due to Nash’s bass work), the anthemic chorus falls flat with Steadman lacking the grit necessary to deliver lines like: “Don’t you go evade me now, come see what you’ve done”. This is a recurring theme on Fix. As much as Steadman sounds the part and the lush arrangements certainly aid the band in playing the part, Steadman still lacks the lyrical maturity to allow some of the material here to resonate. While BBC have undeniably bitten off more than they can chew (90’s alt-rock, brit-pop, neo shoegaze, folk, and even a splash of post-wave), with Allen’s production work upping the ante sonically, and the band undoubtedly maturing instrumentally, they somehow get away with it. Here’s hoping that, rather than reinvention, they choose to refine the approach on their follow-up album, which at this rate, is on pace to drop sometime next summer.

The Spin Doctor – Bill Ryder-Jones, “If…”

The Spin Doctor – The Weeknd, “Echoes Of Silence”
comments powered by Disqus