Guangzhou Workers Get Time Off To Watch The World Cup 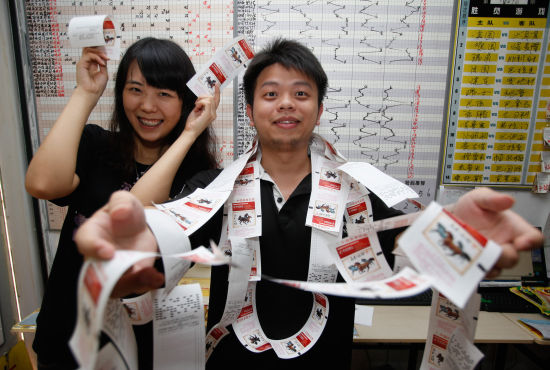 Employees from the Guangzhou software company rejoice with the lottery tickets

Football fans who have had to resort to using “sick leave” certificates on their boss’ desk, hoping it will allow them to stay up all night watching the 2014 FIFA World Cup will be envious of one Guangzhou boss’ generosity. Mr You, owner of a software company in Tianhe District, will not only give his employees the morning off whenever England is playing during the World Cup, but also bet RMB 100,000 (USD 16,100) in sports lottery tickets on England winning the whole tournament. He gave the tickets to each employee.

And it didn’t stop there; You also bought England team jerseys for each of his employees and encouraged them to wear them during each of England’s games, the Information Times reported on June 11.

The owner of the lottery shop said he spent nearly 40 minutes printing out all of You’s lottery tickets. 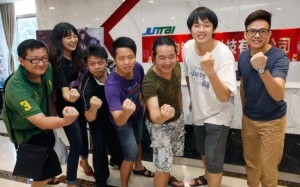 Employees at the Guangzhou company

A soccer maniac himself, Mr You revealed he is hoping his staff can learn the spirit of teamwork from the games.

At this point, you must imagine that You is a die-hard fan of England’s soccer team, but that is not the case at all. You was originally trying to bet on China, but due to the fact that China did not qualify, he opted for the team with the closest affinity to China—England, otherwise known as “Europe’s China team”.

China’s national football team often serves as the target of scorn, mockery and hand-wringing because it continually finds new ways to disappoint its fans. It made its first and only appearance in the World Cup in 2002.