A man drinks Maotai directly from the bottle.

Nearly everyone in China has been to a banquet and ganbei‘d multiple mini glasses of baijiu. Some people get tipsy, while some get downright hammered. With the drinking culture firmly entrenched, it was only a matter of time before something much more serious happened — and it did, in Anhui Province.

Ma Yahui, a 26 year-old college graduate working as a village official, died after binge drinking when summoned by higher-ranking officials to an alcohol-soaked dinner banquet on June 26, Xinhua reported.

Ma was found dead in bed at his work dormitory on the morning of June 27 by his colleague in Shou Village, where Ma was working as an official. An autopsy report commissioned by the Yinxian Town government said Ma died due to a “factor” that “triggered … a sudden decrease of heart activity”. It did not conclusively state alcohol was at fault.

But according to Ma’s family, the factor in question was indeed alcohol, and the failure to specify it was a “deliberate cover-up” by the officials in Yinxian Town to dodge responsibility. Some of Ma’s colleagues and even local residents said Ma was summoned by the officials to attend the banquet, where drinking excessively is considered customary. 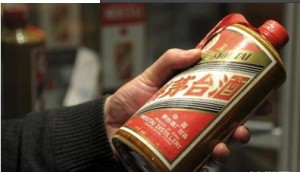 Maotai, a sorghum-based grain alcohol, which has become a national liquor in China.

In China, the culture of binge drinking at official functions has been ritualized as part of doing business, said the Wall Street Journal. Alcohol is vital for networking and building up guanxi, or relationships to boost one’s career. Baijiu, a strong rice spirit, and expensive Maotai are commonly seen at such banquets.

After Chinese President Xi Jinping issued an eight-point austerity directive, county-level officials in China on average attended only 12.2 banquets per week, down from 18 in 2012, according to a study by Beijing-based Communication University. But still, officials have a lot of sobering up to do.