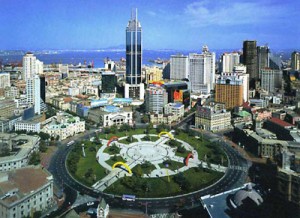 Being kidnapped and extorted a few million RMB would be considered an incredibly bad day by anyone’s standards. According to the Southern Metropolis Daily however, in a truly bizarre series of events, a Zhongshan man was extorted not once but twice by the same man.

In October of 2006, clothing merchant Tan Mouxiong’s business was losing money, and he found himself in the unfortunate position of having to borrow from a loan shark. When Tan was unable to repay the debt, he decided to kidnap a wealthy member of his own clan, identified as Tanmou, for the purposes of extortion. Yet rather than covertly grab the fellow clan member, Tan and his accomplice, Xiaomou, conceived of something much more elaborate: impersonate police officers.

In January 2007, after months of tracking Tanmou’s whereabouts, Tan and Xiaomou purchased police uniforms, handcuffs, batons, and even a car disguised as an official police vehicle. They then set out one evening and stopped Tanmou on the street, demanding that he get into the car. When the man resisted, Tan and Xiaomou tried to physically restrain him. It was at this time that two patrolling security guards who witnessed the event got involved; however, the guards didn’t assist Tanmou. Assuming the two men impersonating police officers were legitimate, the guards helped handcuff the victim, and put him into the back of the “police car”.

Once kidnapped, the two men drove Tanmou all the way to Tan’s girlfriend’s apartment in Huangpu District, Guangzhou. There they robbed the man of  20,000RMB, before calling his wife and demanding 3,000,000 more for his release. While Tanmou’s wife agreed to pay the sum, she also alerted police. Thankfully, the police were able to rescue the man, and capture Xiamou but Tan escaped with the money.

Unfortunately, the story doesn’t end there. Only a few months later, Tan once again contacted Tanmou, demanding more money. Fearing for his safety, Tanmou sent Tan another 50,000RMB. Eventually however, guilt got the better of Tan and after almost six years, he turned himself into police this past January. He was arraigned earlier this week in the Zhongshan People’s Court, where he pled guilty to extortion and kidnapping. He has since returned much of the extorted funds and has asked the court for leniency: “I am sorry to the victims and their families” he said. No word yet on sentencing.