Heavy rainstorms in Guangdong on Sunday are responsible for 12 fatalities in the province as the disastrous rainfall is expected to continue throughout Tuesday, Chinanews reported today.

Many places in the province suffered landslides and heavy rainfalls, causing the emergency evacuation of at least 759 people. Among the victims of the rainstorm, six people were killed in a landslide in Gaoyao, Zhaoqing. One 16-year-old teenage girl in Dongguan was swept away by the torrents and died after being rushed to the hospital.  Two people were killed in Shenzhen and two are still missing, the report said.

The heavy rainfalls have also caused serious disruptions to air and road traffic. More than 250 flights in Shenzhen were cancelled, according to SCMP. It is estimated that 34,500 people have been severely affected by the downpour.

Here are some images of Guangdong engulfed in the rain: 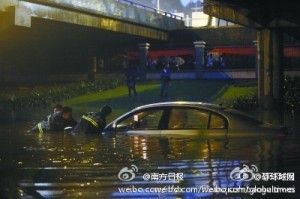 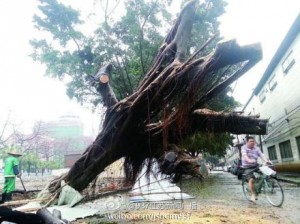