Tensions between the Mainland and Hong Kong are bubbling to the surface once again over the price of tickets to Hong Kong’s annual Book Fair, which wraps up today.

Members of the “Hong Kong People First” party protested at the entrance to the fair on July 20 accusing organizers of discriminating against Hong Kongers with their pricing plan for admission. The group said ticket prices should be uniform.

Tickets to the Book Fair cost HK$25 for Hong Kong adult residents, HK$10 for children, and HK$10 for tourists.

A representative for the Trade Development Council said this pricing scheme has been in place for a while now, and is designed to make the fair more “international”.

As reporters from the Economic Daily Report discovered, inquiring about bowls of beef offal in different languages lead to being served different bowls at different prices. 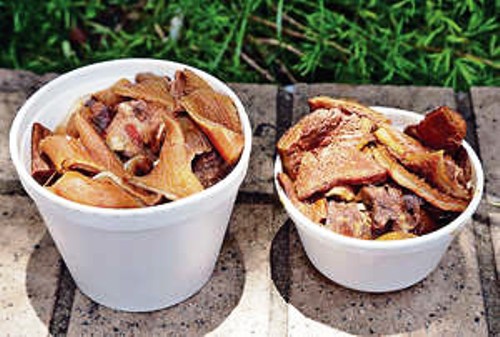 The report notes that the differently-priced bowls are of different sizes, but that the larger “Hong Kong” bowl only has eight more pieces of offal than the “Mandarin” bowl.

When confronted with allegations of discrimination, a worker at the “Real Taste” restaurant said Putonghua speakers only want to try the dish, so they offer a smaller bowl at lower cost. Hong Kongers, rather, prefer to eat more, the worker said.