Chi Zijian, whose “Last Quarter of the Moon,” has been translated by Bruce Humes.

“The Last Quarter of the Moon,” a novel by Chi Zijian about the Evenki ethnic group, spans the twentieth century and follows the Evenki as they are chased out of Siberia by the Russians, forced to join the Manchukuo army by the Japanese, and collectivized during the 1950s.

The novel has been translated into English by American Bruce Humes who lives in Shenzhen. The translation will be available for purchase as of January 17. (You can order here.)

Last week, The Nanfang met with Humes for coffee and a lengthy chat that took in everything from The Cold War to table tennis, materialism and the possibility of freezing to death in Chicago. 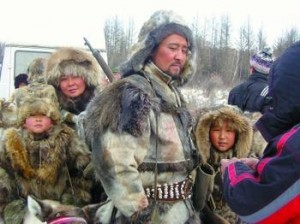 Members of the Evenki tribe

Humes came to Taiwan in 1978 to learn the language of a country that had been demonized in America during the Cold War. He has been involved with Greater China and the Chinese language ever since, having published a wide variety of translations.  Humes also runs the blog Ethnic China Lit. The previous novel he translated, “Shanghai Baby,” was highly controversial for its portrayal of female sexuality and was even disparaged as chick-lit by some.

His latest translation is in an entirely different genre. Humes told The Nanfang that he is interested in how minorities in China tell their stories, especially as the ones who get to write their stories do so in Mandarin, the majority language. “As in Australia and the United States, the dominant race controls the narrative of the minorities,” Humes explained.

Humes does not claim any special affinity with the Evenki but, having grown up in Chicago, he knows what it’s like to live in fear of freezing to death. He is also interested in animism and closeness to nature. He initially came to China to learn about Taoism as well as communism.

However, Humes does not go on to talk about how terrible it is that Chinese people are becoming more materialistic, as in Humes’ opinion, China is at a stage of its development in which it’s perfectly understandable that people should be concerned with houses and cars rather than spiritual things.

But having had all of these comforts himself, Humes now hopes to embark on another ambitious intellectual venture. He hopes to go to Turkey, improve his Turkish and someday write about the history of translations between Chinese and Turkic languages. 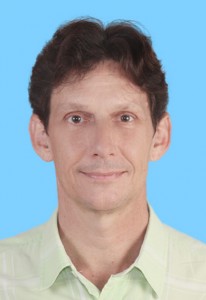 Humes compares translation to table tennis, a matter of clearing your head and throwing yourself completely into the experience. But, as this writer has learnt, before anybody can get to a level where they can do such a thing, they need to spend a life in books and learning.