It’s no secret that messaging services such as WeChat and Momo are commonly used for the purpose of hooking up. It’s also well known that those who are not careful about who they meet up with are asking for trouble.

These factors were behind what is shaping up to be one of the most bizarre muder cases of recent memory in Guangzhou, as Nandu Daily reported today.

Xiao Feng, who was in his second year at university, added what he thought was a beautiful girl on Momo on July 15. After flirting for four days they finally met up.

When they met, Xiao Feng saw that it was not a beautiful girl but a man named Mr. Zhou. Zhou smashed Xiao Feng over the head with a metal object and, after a struggle, stabbed him to death. It turns out that, although they didn’t know each other, the two men went to the same college.

Currently in police custody in Huadu District, Zhou told interrogators that he just wanted to know what it felt like to murder somebody. He joined Momo on July 14 and created a fake profile as a beautiful girl with the intent of murdering a man he lured. Psychiatrists have done a series of tests on him and found no suggestion of mental illness.

Watch: Prostitutes in China get a lesson in using Momo, WeChat to lure clients

A video has been leaked online of prostitutes in an unknown location in China receiving a lecture on how to increase their customer base, and even more importantly, how to find high-calibre customers. 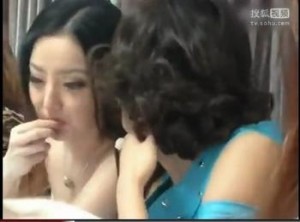 No talking at the back.

Like many classes, it involved a stern teacher and a couple of students giggling and whispering at the back. This particular lecture included a screen that may have been a PPT and focused on how to use social media services such as Momo, WeChat and Sina Weibo.

The bespectacled lecturer also emphasized the importance of using a photoshopped picture to attract customers’ interest, stressing the value of having an ovular face and attractive eyes.

The points on the whiteboard also included a reminder that students should maintain contact with their higher-level customers and avoid wasting time on “diaosi,” an internet slang word for loser. 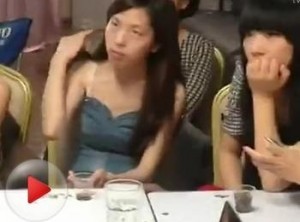 The video has been forwarded well over 1,000 times on Sina Weibo and watched over 1 million times. One Sina Weibo user said: “Life is all about selling. We all need to learn to sell ourselves.” Another said “The corporate training industry really is frighteningly competitive nowadays.” Another said: “Does this mean the women I’ve been chatting with on Momo are all hookers?”