Chinese customers waiting outside an Apple store in New York.

When it comes to Apple’s iPhone 6, there is nothing Chinese won’t do to get their hands on one including, but not limited to, queuing day and night, sleeping on the sidewalk, or renting out a girlfriend to raise money for the phone.

Instead of waiting in line with fully-charged Apple devices like other Apple fans in Melbourne, Australia, many Chinese were seen getting by with a uniquely Chinese pastime: mahjong, Tencent News reported. Squatting on small chairs, nothing seemed to disturb those eagerly waiting from shuffling their mahjong tiles.

Interestingly, the report acknowledged a lot of Chinese faces waiting in the queues worldwide. Almost everywhere the iPhone 6 is available, including the U.S., Hong Kong and Australia, a sizeable number of Chinese – young, old, men, and women – made up large portions of the lines. This of course fuels speculation that Chinese buyers are scalping the phones to clients in China, where the phone is unavailable, at a significantly higher price.

In a six-minute video by Casey Neistat, Chinese were documented selling their newly acquired phones to other interested buyers. He claimed the Chinese lining up for the phones in the city were organized and managed by Chinese mafia groups.

We don’t know if there is any truth to Casey’s claim; but, if there is, judging by the dedication Chinese buyers have shown so far for the phone, the mafia were doing a good job keeping them in line.

See the photos below for more evidence of the Chinese love of the iPhone 6:

Chinese playing mahjong outside an Apple store in Melbourne, Australia.

Several Chinese customers waiting outside an Apple store in New York broke out in a fight.

Scalpers selling iPhone 6 to other buyers in Hong Kong.

Unable to Buy The New York Times, Chen Guangbiao To Treat New Yorkers To Lunch Instead

It was just a few months ago that Chen said he was ready to buy the New York Times, claiming at the time that “There’s nothing that can’t be bought for the right price”. Frustrated by the Times‘ failure to sell, he’s turned his attention to philanthropy.

Chen posted a full page advertisement in the New York Times on Monday, and a half page ad in the Wall Street Journal, inviting 1,000 poor Americans to lunch. He also promised to give them each a red packet containing US$300, and even included his email address in the ad. The lunch will be held from 11:30am to 1:30pm on Wednesday June 25.

So why is he doing this, other than simply having way too much money? Chen says he wants to improve Sino-US relations and rebuild the image of Chinese rich people, who are too often simply viewed as consumers of luxury goods.

Chen seems to like putting ads in the Times. In 2012, he took out a half-page ad admonishing Japan for nationalizing the Diaoyu/Senkaku Islands.

The best ad he’s ever done, though, just might be his own business card, below. 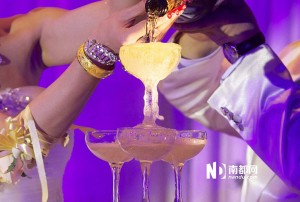 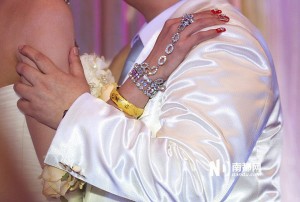 The cost of living in Shenzhen and Guangzhou has exceeded that of New York for the first time, according to Southern Metropolis Daily

It was reported June 12 that according to the world’s biggest human resource managerial consultation company Mercer Human Resource Consulting, the cost of living in the cities exceeded that of New York in March this year. The research method involved comparing payment levels for companies and governmental institutions whose staff work overseas.

The survey covers more than 200 indexes including housing, traffic, food, clothes, household appliances and entertainment. The report ranks New York 33th, the highest in the U.S. Five cities in China are above New York on the list, including Hong Kong which is number 9, Shanghai in 16, Beijing in 17, Shenzhen in 30 and Guangzhou in 31.

The reason for the soaring prices is the appreciation of the RMB and the increasingly volatile housing market, according to the report.

Today marks the 10th anniversary of the attack on the World Trade Centre in New York and Pentagon in Washington. Over the past several days, many tributes and remembrances have been published, recounting what that day meant to the United States and to the world in the years that followed.

While television shows began digitally removing the twin towers immediately after the attack (such as Sex and the City), there is one place where the towers stand as proudly today as they dead 10 years ago.

ShenzhenParty has published a story on the twin towers which remain the central part of an exhibit at the Windows of the World theme park. Brent Deverman, the site’s founder, argues that it’s time to update the theme park:

Sure these miniature models of New York were built before the planes crashed into them but shouldn’t this happy theme park reflect on the tragedy? When is it time to update the model to reflect reality? Are these buildings still standing out of laziness? Ignorance? Or should this be considered a tribute, something to help us remember? Considering how long it took to make a decision on building the 9/11 memorial maybe management was just waiting to see what would replace the towers? Now that the September 11th museum is set to open, it is time to make a decision of how to change the attraction.

The question is, is the exhibit purposely not updated, or is it a mere afterthought? While one would think a large replica of towers that were destroyed in the worst attack on American soil could not still be there accidentally, this correspondent certainly wouldn’t put it past management at Windows of the World.

As long as the towers remain, they might want to consider changing the title of that section of the theme park, which is “Fly Over America”.

Tagged: 9/11Fly Over AmericaNew YorkShenzhenWindows of the WorldWorld Trade Centre