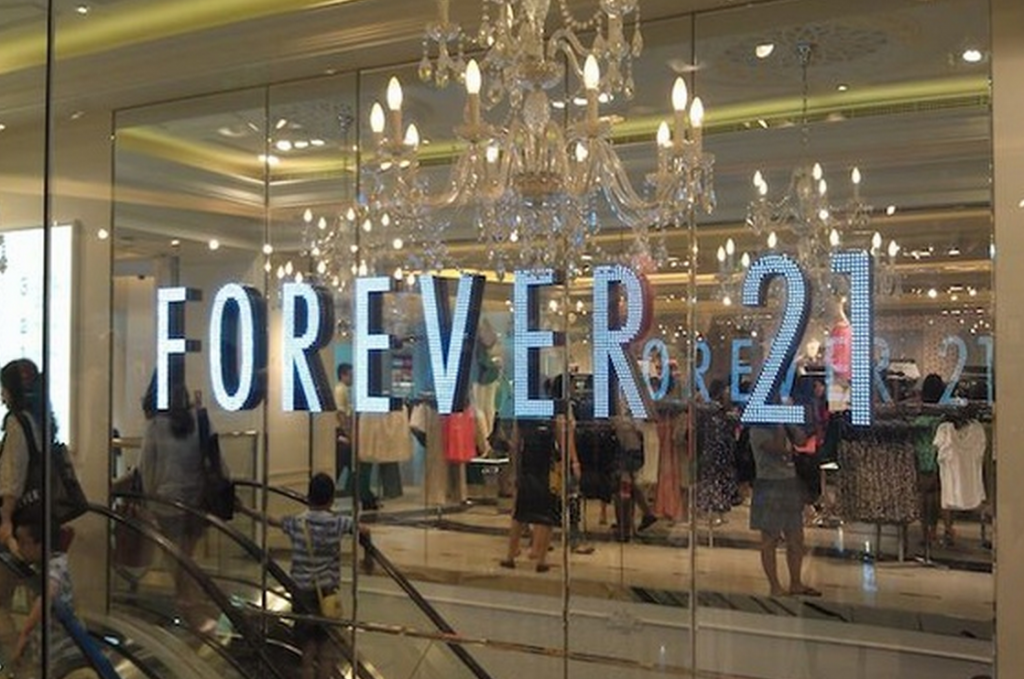 A slew of American and British stores have been opening the PRD and Hong Kong in the past few years, giving shoppers a whole lot more choice when it comes to fashion.

The latest is American brand Forever 21, which recently threw open its doors at Coastal City mall in Shenzhen.  The 2000-square-foot store is the third shop to open in Mainland China, with the first two in Beijing and Shanghai.  Up until now, those wanting Forever 21 had to hop the border into Hong Kong, but that is increasingly becoming no longer necessary (via SCMP):

“But since more of these brands began setting up their stores in Shenzhen in recent years … an increasing number of middle-class consumers are staying to shop in Shenzhen.”

Topshop opened a pop-up store in Shenzhen last year, and Topman opened last September. Meanwhile, Shenzhen was also the site for the first Apple store in China outside of Beijing and Shanghai.

There are still some reasons to pop across the border to Hong Kong though… it remains one of the few places in Asia with an Abercrombie and Fitch. 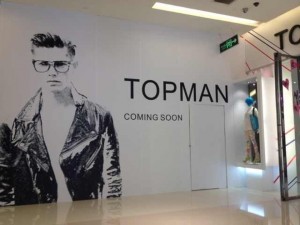 Britain’s Arcadia Group, which runs the two franchises, is focused on the mainland market.  It is testing the popularity of the brand with pop-up concept stores it goes against the trend of rival retailers, such as Abercrombie & Fitch, launching their presence in China with flagship stores in Hong Kong. 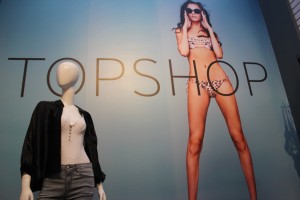 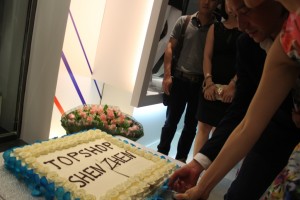 Hundreds of eager people flocked to Shenzhen’s King Glory Plaza for China’s first Topshop as it opened its doors on Tuesday morning. Throughout the day, the store was packed, proving popular with shoppers queuing to get inside. 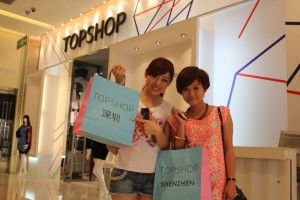 As large crowds gathered for the opening, the British fashion retailer was already amassing high levels of interest with more than 4,500 followers on Weibo.

One female shopper almost feinted standing in the long queue to use the changing room. She was determined not to lose her place.

While store manager Jeffrey Zhang said the demand had beaten his expectations, some shoppers had a mixed response to the new store.

Lei Shengnan, 26, from Shenzhen snapped up some purple denim hotpants: “I waited half an hour to use the fitting room but I did because I really like the style. It’s exotic compared to other native Chinese fashion shops.”

Vivian Zao, 24, also from Shenzhen wasn’t as complementary, describing the store as small compared to her Topshop experience in Singapore. 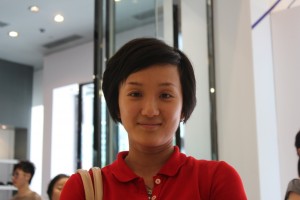 Li Yue, 20, from Shanghai, said: “I think the clothes Topshop produced aren’t good this season. I’m expecting better in Shanghai, but I don’t know if Topshop will open there. I just heard it will.”

With all of the momentum and hype, Topshop’s innovative ‘pop-up’ concept store will be on the move in a couple of months’ time. It’s the first brand of billionaire Sir Philip Green’s Arcadia Group retail empire to set foot in the greater China region.

The opening is seen as a test ahead of possibly launching more pop-up stores. Beyond that, it expects to open its first flagship store in China next year.

Fei Space’s Ray Lee, who brought the Topshop and Topman brand to China, explained to The Nanfang why he opened up in the Pearl River Delta. “We know the Beijing market, we know the Shanghai market. Shenzhen is a really different market. It’s also a very modern city as opposed to a very traditional one like Shanghai or Beijing.”