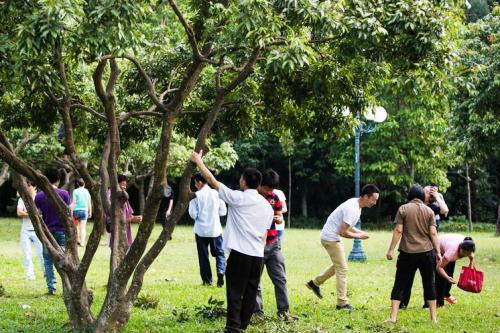 As a native of the Pearl River Delta, you take things for what they are. Sure, you live with the combined menace of avian flu and naked officials, but you also enjoy fresh air and the convenience of soon-to-be-arriving FamilyMart stores.

Let’s not mince words: as a Pearl River Delta resident, you can appreciate the very best thing about the PRD: lychee fruit—the proverbial cherry on top of the sundae with Chinese characteristics. However, the lifestyle you take for granted is what makes tourists to Shenzhen lose all semblance of civility.

Apparently, some people can’t go to the park except as a means to exploit its natural resources. On June 10, tourists to Shenzhen’s Lychee Park lost their shiznit over the fact that lychee are being grown on a tree and are free—FREE!—for the taking.

As People’s Daily reports, tourists employ a variety of creative (read: violent) methods to harvest the lychee fruit: throwing plastic bottles, throwing slippers, and shaking the tree. And then there’s climbing the lychee tree itself, thus rendering hobbies that require buying stuff like frisbees and kites redundant from their lack of harvested fruit.

At this rate, thongs are never coming to China. 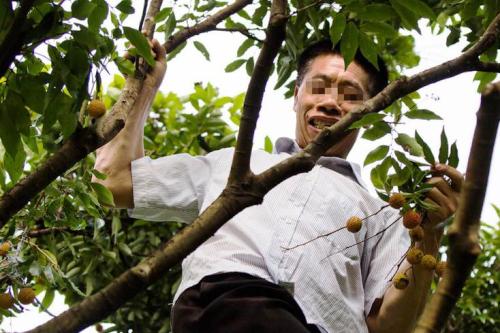 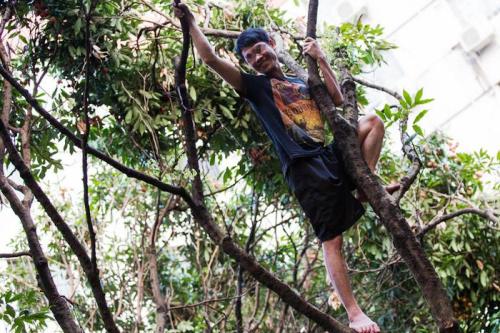