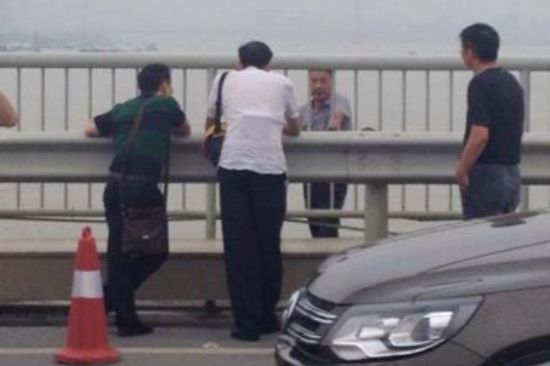 A passenger coach bus was hijacked by a knife-wielding attacker this afternoon in Wuhan, according to the Chutian Capital Report, in a situation that is unfolding now. A inter-city coach was filled with passengers heading from Wuhan to Xiantao, Hubei Province when it was hijacked by the man. Eyewitnesses say the suspect held the knife to the driver’s throat, and that the driver’s entire body was covered in blood.

The bus had stopped in middle of the Baishazhou Bridge in Wuhan when police and negotiators arrived on the scene. During negotiations with police, the man was said to have suddenly released the driver and then jumped outside the protective barrier of the bridge, where he remains.

All bus passengers have since been evacuated. There is no word on casualties. The attacker is described as a man in 30s with a flat-top haircut. Stay tuned to The Nanfang for updates. 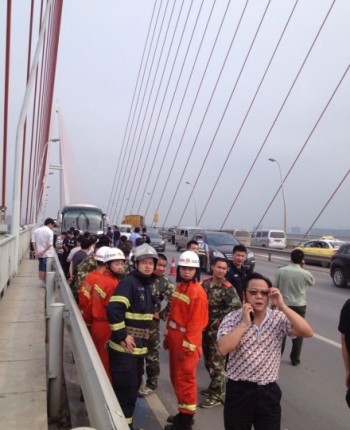 UPDATE 9:34pm August 8: The suspect who hijacked a long distance passenger coach is seen clinging to the outside of a guardrail of the Baishazhou Bridge in Wuhan and demanding to see his ex-wife, reports CCTV News.

Police describe the man as agitated, and wanting to jump off the bridge. Three police negotiators have been dispatched to talk to the man.

The Wuhan Emergency Office said the driver of the bus only suffered light injuries in the incident. It also confirms all other passengers are without injury and have been evacuated from the bus.

The suspect is 43 years-old, divorced, and wants to see his ex-wife as part of his demands. 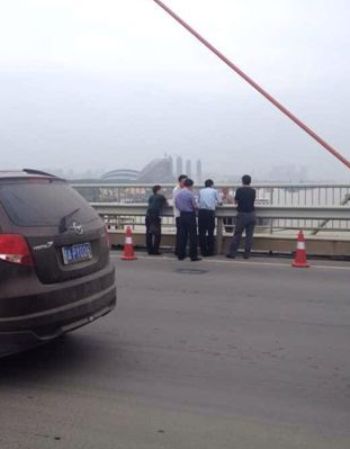 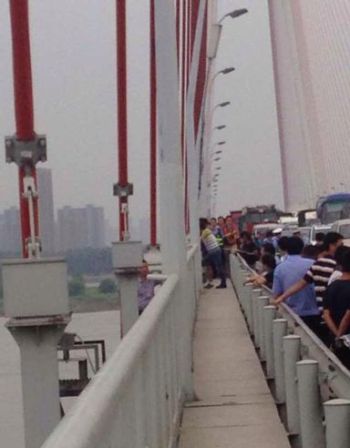