Heavy rains this morning caused flooding in Guangzhou and Zhanjiang, leading to many traffic disruptions.

Guangzhou Live has reported several Guangzhou roads having been submerged:

Meanwhile in Zhanjiang, heavy rainfall from 6am to 9am in Xiashan District has led to flooding on Haijing Road where several cars have stalled, reports Yangcheng Evening Report. 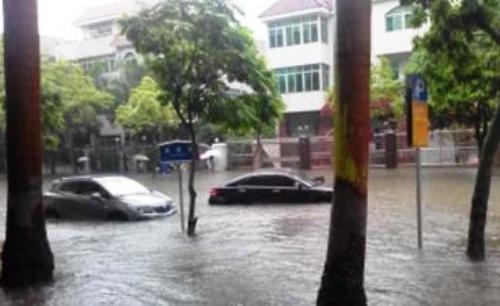 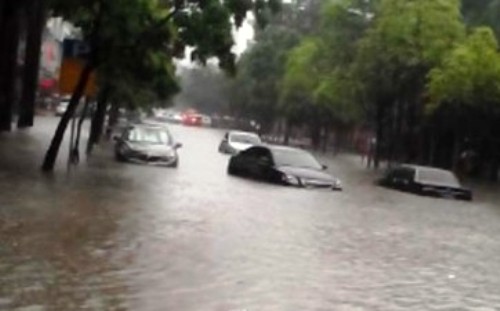 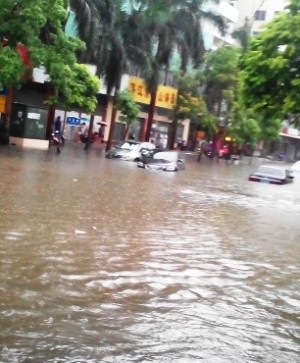 UPDATE 4:50pm June 11: This afternoon the districts of Yuexiu, Tianhe, Zhuhai, Liwan all received rain in excess of 100mm, reports the Guangzhou Daily.

Here are some photos taken of flooding from around the city: 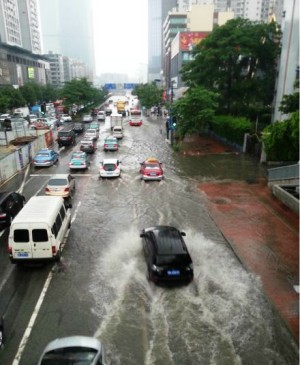 Guangdong Hot Enough to Cook Eggs on a Car’s Dashboard