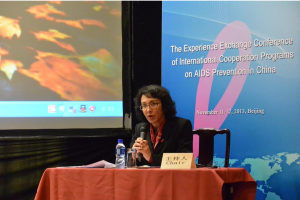 By the end of October 2013, the number of HIV and AIDS patients in Guangdong reached 41,922, the Health and Family Planning Commission of Guangdong Province recently announced. In the first ten months of the year, 4,496 people were diagnosed with HIV and 2534 were diagnosed with AIDS in the province. There were 1,331 deaths, Chinanews reports.

Guangdong has only the fifth highest rate of STD sufferers in the country.

Since 2011, the amount of money spent by the provincial government on combating HIV and AIDS has increased from 20 million to 30 million yuan a year. As a country, China has increased the number of people on HIV treatment by 50% since 2011. Methadone maintenance treatment has proved a particularly successful method, but there is evidently a long long way to go.

HIV on the rise among students, seniors in Guangdong